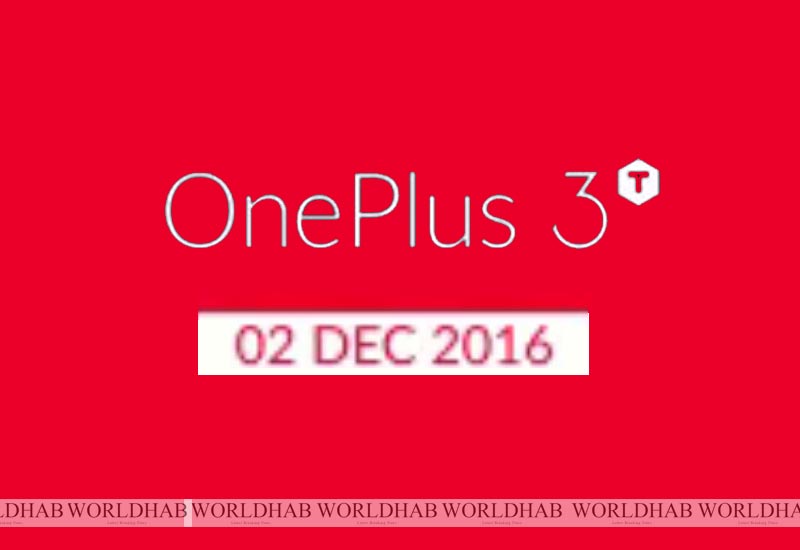 The Official OnePlus India twitter handler tweeted that, “The results are in and our fans have spoken. Watch @Vikas_AGL bungee jump to reveal the launch date. #OnePlus3T”.

In Europe, this smartphone is set to release on November 28 and then in India on December 2, 2016. The price may vary based on the economy and taxes. So, the smartphone should be in between the price range of Rs 30,000 to Rs 33,000 in India.

When to compare with the previous model (OnePlus 3), the latest version had some short lines of changes. The new OnePlus 3T is available on the same display as OnePlus 3’s 5.5-inch Optic-AMOLED display with the resolution of 1080 x 1920 pixel. The phone designed with the 6GB of RAM and the front and sapphire glass protected rear cameras at the same quality as 16-megapixel. The operating system of this latest OnePlus has arrived with the Android 6.0 Marshmallow. The 2.35GHz Snapdragon 821 processor is used with the same Adreno 530 GRU. Also, the battery power has enlarged this time from 3000 mAh in OnePlus 3 to 3400 mAh in OnePlus 3T. The new Gunmetal and Soft Gold variant have introduced in this release.