Tamilnadu Governor C. Vidyasagar Rao sent a report to the Home Minister of India Mr. Rajnath Singh stated, he can’t call V.K Sasikala to take the administration of Tamilnadu at the current situation. The Governor sent a 3-page report to the Home Minister regarding the current situation in Tamilnadu and more likely he is not impressed with TN MLA arrest in the resort by Sasikala and co.

In the report, Governor explained everything in detail about the current situation of Tamilnadu. Here is the short summary of his report, “Everything is under control in Tamilnadu, there is no violation. Jallikattu events conducted in different areas peacefully. AIADMK party has some problems in their party itself, and it didn’t cause any problem so far in TN administration as I requested Mr. PaneerSelvam to stay as Chief Minister for some time.”

Regarding OPS vs Sasikala issue, he stated that he couldn’t call Sasikala in this situation to take administration of Tamilnadu as she is about to receive the result of DA case in a few days. The Governor is not willing to take this move of calling V.K.Sasikala to become CM of Tamilnadu before the DA Case result as she is the main victim after late J Jayalalithaa. He also ordered DGP to enquire about MLA’s resort arrest by ADMK secretary. 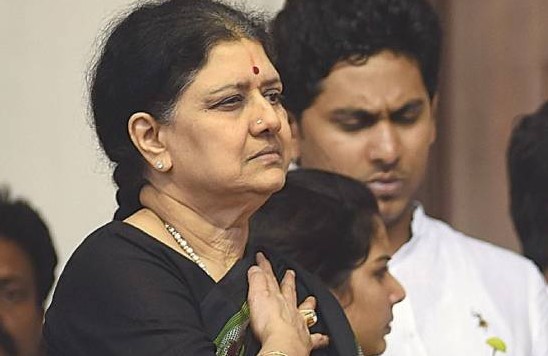 This is really the worst scenario in Tamilnadu politics history so far and we hope all will be sorted in the next few days he added.

Stay tuned for more updates on AIADMK party breaking updates, OPS vs Sasikala latest news on who will become Chief Minister of Tamilnadu. Also, comment your views on why Sasikala targeting to become CM in this situation? Why not she wait for some more days?