The International Cricket Council (ICC) sent a World XI team to Pakistan for the three match Twenty 20 series. All the three matches will be played at Gaddafi Stadium, Lahore. After the terrorist attack in 2009 on the Sri Lankan team, the ICC allowed the Zimbabwe national cricket team to Pakistan in 2015 for three ODI series. Then, now it is a short series of Pakistan vs World XI. The first match of the series begins today on 12 September 2017 as a night match at 7 pm local time, 2 pm GMT.

Also, the Pakistan Cricket Board conducted the Pakistan Super League 2017 final at Lahore in March 2017 as successfully. 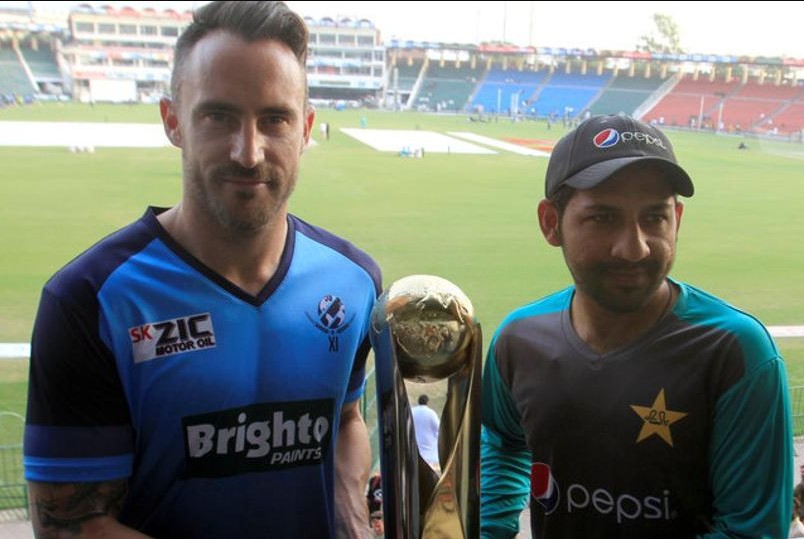 The World XI team led by Faf du Plessis while Pakistan had Sarfraz Ahmed as captain of this series. The ICC allocated all the lead stars from different national cricket teams as one team. The team consists with the squad of five South Africa players such as Faf du Plessis, Hashim Amla, David Miller, More Morkel and Imran Tahir. Also, the former England T20I captain Paul Collingwood, three from Australia, two from West Indies, one each from Bangladesh, Sri Lanka and New Zealand. The former Zimbabwe captain Andy Flower is the team coach of World XI.

The Pakistan Cricket Board has also arranged the six-layer tight security at both the team hotel and the stadium. According to the report, all the tickets have been selling in a hot phase as every before in the Pakistan.

Pakistan is the biggest team in the current T20I format. They had two recent winning series against England and West Indies. Also, the Green men team like to show their strength in front of their home fans in the International Cricket matches.

The pacer Mohammad Amir is absent in this match, but the team having young leg-spinner Shadab Khan who is the current sensation of the Pakistan Cricket team.

So, all the three matches could be interesting with lots of fires.

Ten Sports, PTV Sport and its’ PTV Sports Official website having rights to broadcast the live match online in the Pakistan. For the UK, it is Prime TV. For the Bangladesh, they have Gazi TV. Willow TV for the USA, Dialog for the Sri Lanka, SuperSport for Africa, and DSport for the India. www.cricketgateway.com is the official global live streaming website of Pakistan vs World XI T20I series.