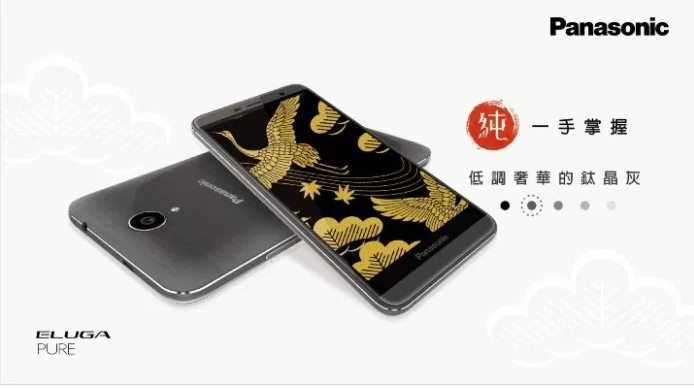 According to the Eluga Pure Specifications, the new smartphone is available with the 5.5-inch HD with the pixels of 1280 x 720 resolution. The Pure has made with the 2.5D curved glass for the HD display. The display of this new smartphone is protecting the human eye. The Processor of this smartphone is powered by the 2.25GHz MediaTek MT6737 quad-core.

The Eluga Pure is available on the stories along with the 2GB of RAM and 16GB of ROM. The memory storage can be expanded with the help of MicroSD card up to the concern limit. The 2GB RAM of Panasonic Eluga Pure works under the operating system of Android 6.0 Marshmallow with the FitHome UI on top.

The Eluga Pure had built with the power of 13MP rear camera with the LED flash and the secondary camera of the phone had 8MP. The Panasonic Smart App provides the control over other products like Smart TV, washing machine, refrigerator and more. Other Connectivity options on the device include Wi-Fi, Bluetooth 4.0, GPS, 4G LTE, NFC, 3.5mm Audio port, and MicroUSB 2.0 port.

Eluga Pure is working with the help of 2,900mAh battery. The smartphone is available with the Grey coloured brushed finish polycarbonate back. According to the price of Panasonic Eluga Pure in Taiwan, it is at NT$ 4,990.