The seventh-placed team is facing the third spotted Ecuador on this Thursday at Defensores del Chaco. It is the 13th game of South America qualifier of FIFA World Cup 2018. Both of the team will need to play next five games to complete the qualifier round. At present, the Ecuador is spotted after the teams of Brazil and Uruguay.

The Paraguay have four winning games along with the three draws out of 12 played games. So, the team was lost their games against to the five teams. Currently, the team standing at the seventh position with the points of 15.

The Ecuador spotted at the third position with the points of 20 by played 12 games. The team had four losses to Colombia, Brazil, Peru and Uruguay. It is the tough game for the Paraguay.

The Paraguay has been won the game against to the Ecuador. The final score (Full Time) of the game is Paraguay 2-1 Ecuador. 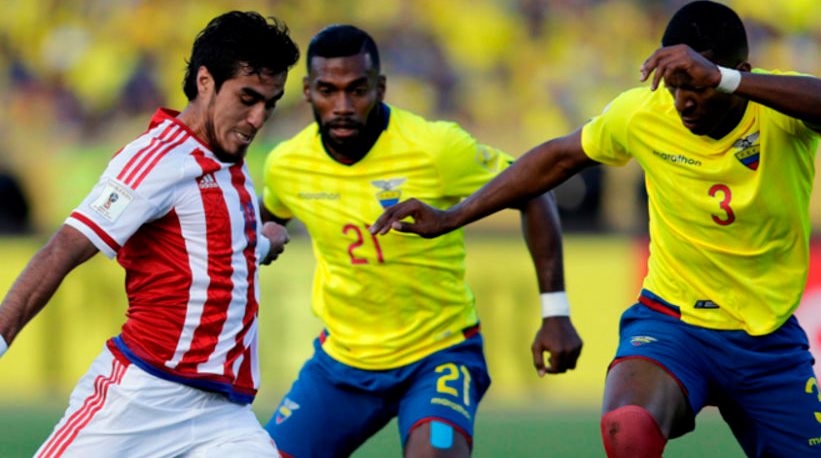 In the last five head-to-head matches of Paraguay vs Ecuador have three draws, Paraguay and Ecuador’s each winning game. The last game (first leg match between Paraguay and Ecuador) of this World Cup qualifier was ended with the result of draw 2-2 on March 25, last year.

The Paraguay have lost four matches out os last five games. In that, the team had their worst loss against Peru and Uruguay as the resulting score of 1-4 and 4-0 respectively.

The Ecuador have their better results when to compare with the Paraguay. The team have their three match wins to Honduras, Venezuela, and Chile. Also, the Ecuador had their draw match against to Bolivia in 2016 with the two goals each.