Here, it is another One medal for India to rejoice. The Deepa Malik has won the Siver Medal at Rio Paralympics for Shot Put Today on September 12, 2016. She already had a four Limca Records in her Wall. She has already won Silver Medal at IPC Athletics World Championships in 2011. A 45-years old women who make us proud by sitting on a wheelchair at Rio de Janerio. 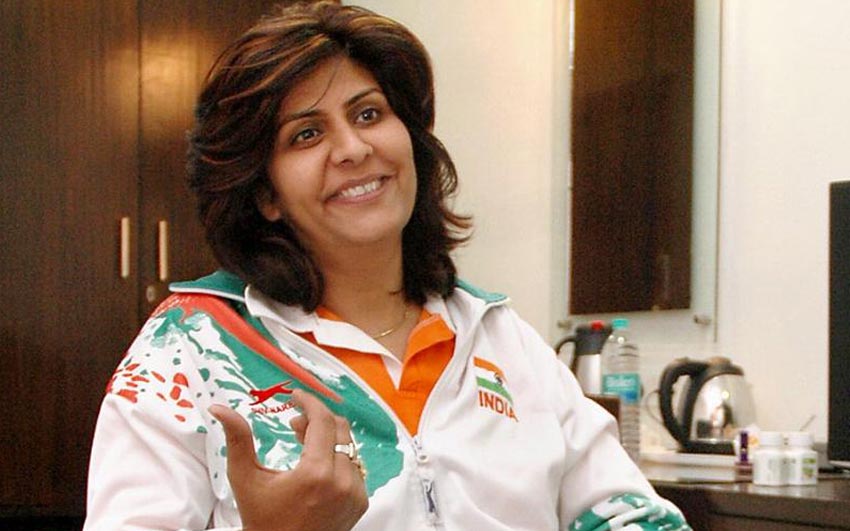 The India’s first women, who win the medal at Rio Paralympics on Today, Monday. From the six attempts, her 4.61m has recorded as best and bagged a silver medal to her Country. So, it is the third medal for India from the Rio Paralympics. Lastly, Mariyappan Thangavelu’s Gold and Varun Singh Bhati’s Bronze has recorded.

MALIK Deepa is a mother of two children and a wife of Army officer. She is a paraplegic, paralysed from waist down. Deepa is not only as the Shot Put player, she also had medals on Swimming,  Discuss, and Javelin. She can’t able to walk as easy at her age of 17 due to the spinal tumor.

Today’s Rio Paralympics participates, Naresh Kumar Sharma stands at the 22nd position at the end of the round in Shooting. And, Suyash Jadhav missed his medal by 56 seconds and he took the place of 6th in the row at final.

Also, Deepa malik is the first person and women who got the licence for invalid (modified) rally vehicle. She has honour at the national anthem ceremony in the Formula-1 race at Buddh international circuit in 2013. She always talks as motivational via her activities and also on Speech. Her activity itself made lots of energy to her surroundings. She didn’t forgive her victory on her favourite sports like Swimming, Javelin and Shot put. She made India as Proud by winning Silver Medal at Rio Paralympics Today. It is a Historical year for India in the Sports department. The Central Government and State government should improve their responsibility in the department of Sports. Then we can able to count our medals at upcoming Olympics Tokyo 2020.