Partial Solar Eclipse 2018: India timings, Locations, What is it mean?

Partial Solar Eclipse will begin from the afternoon at 1:32 pm and will end by 5.02 pm on August 11, Saturday in India (9:02 am BST to 12:30 pm BST). So, it is lasting for around 3 hours 30 minutes, which will be visible on major parts of the Northern hemisphere. Northern Canada, Greenland, Northern Europe, Russia and parts of Northeast Asia –  India among them. 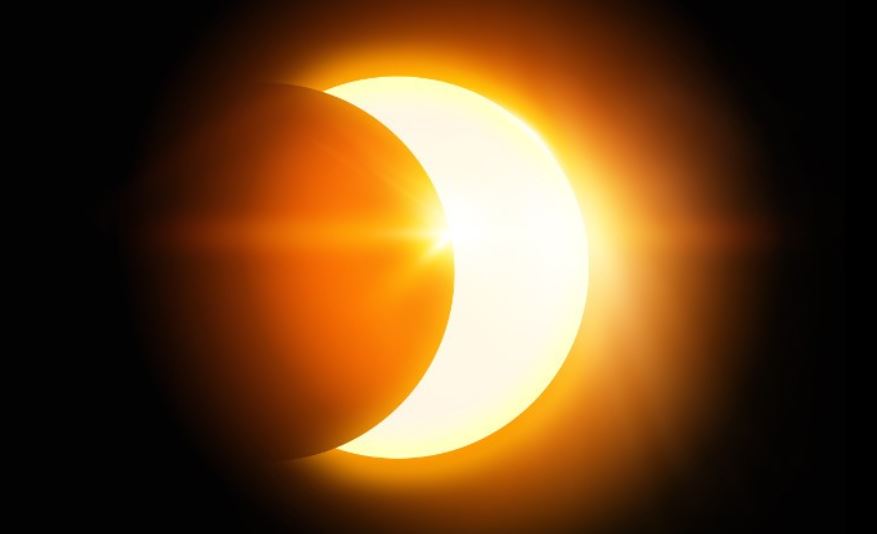 Based on the location on the earth, the alignment of three bodies (Sun, Moon, and Earth) may differ. During the Partial Solar eclipse, the Sun appears as a disk or in a crescent shape!

Surya Grahan Precautions: With the bare eyes, the People should not watch the partial solar eclipse. Need to wear specific glasses to experience the natural phenomenon. So, people can purchase the specific glasses which is available in the market to avoid damaging eyes.

The Partial solar eclipse is similar to the total solar eclipse which requires the same precautions. According to the recommendation of Ayurvedic experts in religious activities like taking baths in sacred rivers, avoiding eating, not to engage in sexual intercourse during this time. It is believed by Hindus in India based on Ayurveda that during the time of the eclipse.

In yogic practices (yoga), it is generally advised that to consume more quantity of food while the sun rises. Also, consume less quantity of food while the sun sets. It is also believed that solar eclipses are inauspicious and could increase the presence of bacteria and germs. That’s the main reason, most of the people avoid cooking or eating food, drinking more water and also going outdoors. It’s all applied from the ancient time to till date.

But, people are living with the artificial lights in this modern world and treating as the normal day on eclipse.

Next solar eclipses: The next partial solar eclipse will occur on 6th January 2019 across North Pacific and Northeast Asia.

The next total solar eclipse will occur on 2nd July 2019, which visible across southern South America and the South Pacific.

BSEB Bihar board 12th compartment result 2018 to be declared at biharboardonline.com