Now, today on 29th July 2016, the Semi Final 1 will be for Patna Pirates vs Puneri Paltan at Gachibowli Indoor Stadium, Hyderabad. Scroll down and get the Match Updates and Pro Kabaddi Live Streaming Info. 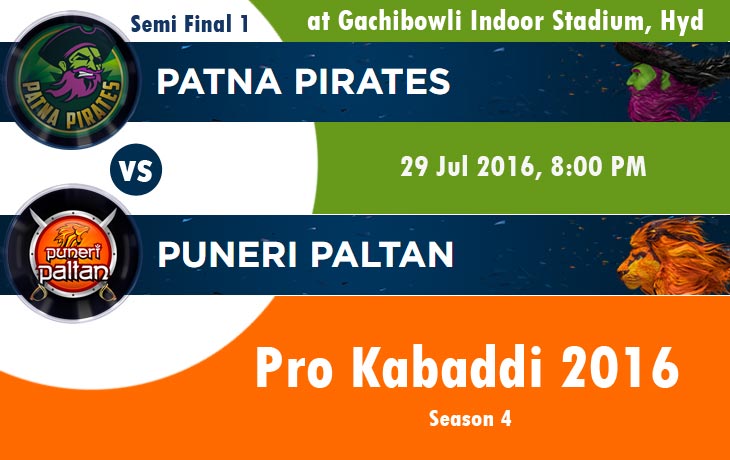 All the Pro Kabaddi Season 4 teams completed their 14 games. Patna Pirates played Fourteen games with ten wins, and four losses with the points of Fifty Seven. So, the team standing in the First position of PKL 2016 Points table at present (July 29, 2016). And today's match will be the first Semifinal game against with Puneri Paltan.

At present, this 57th game will be held at the venue of Gachibowli Indoor Stadium, Hyderabad on July 29th, 2016. The Opponent team, Puneri Paltan is standing on the Fourth position with the points of 42 by Six wins, Six losses and Two ties off its Fourteenth play. So, it is the First match of Semifinal for the Puneri Paltan in this Pro Kabaddi Season 4.