The Pencil Movie Songs: The Pencil is the Romantic Tamil Film of the year 2016. The movie will be released all over the world on 13th April 2016 in two languages as Tamil and Telugu. Whereas this film was directed by the assistant of Gowtham Vasudev Menon, he is Mani Nagaraj. The movie has screened with the male lead face, G.V. Prakash Kumar as Siva and the female lead face, Sri Divya as Maya. Also, some other famous personalities also shared their screen space in this movie such as Shariq Hassan as Nithin, VTV Ganesh, Urvashi, and T. P. Gajendran. The Hero of this film, GV also composed the music for his own. All the expenditure are handled by the producer S. P. Ragavesh under the banner of Kalsan Movies Pvt Ltd. And the Pencil movie is released by the P V S Cinemas. The Team released the Pencil Movie Songs on Telugu version today (11 April 2016). Also, the team mentioned their today’s poster as the Audio Songs are available on Stores.

The film has based the story of the 2013 School life of students with some attraction to opposite gender and some thriller mixed with the school itself. The Film actress, Sri Divya entirely suited as a Schoolgirl. Previously the team recommended Samantha and then Priya Anand, due to their busy film schedule, they are can’t able to sign on this movie.

The Pencil movie songs of Telugu Version is released on the date of 11th April 2016. The Download link will be updated once the songs were available on Online. 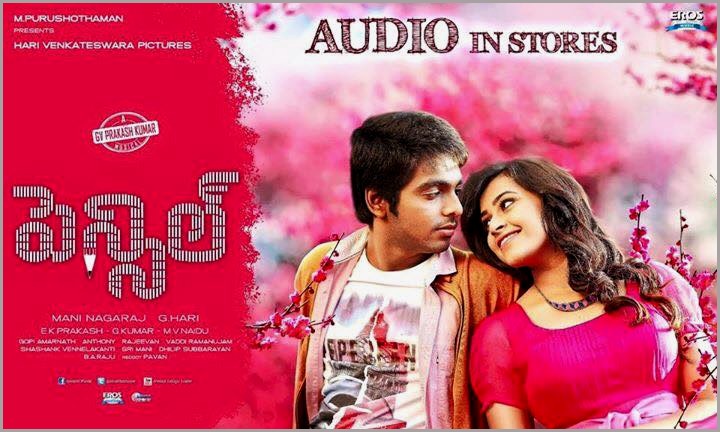 The trailer began with some short of Triller and shifted into Romance; again it turns as a serious issue within schoolboys. The background music scores made the feel as severe. The trailer ends with the quote “A Spark Neglected Burns the House” of Leo Tolstoy.

Stay tuned for more updates on the Tollywood world.!