Philippines Explosion: At least 10 Killed at the night market in Davao city

Philippines Explosion: Nearly 10 people killed and many injured at the famous night market in Davao. The Police and emergency personnel reach the spot and examine the incident. According to the report of leading News Channel, CNN, the president’s spokesman Ernesto Abella said at least 10 people were killed and 60 injured. Check the World News Here. 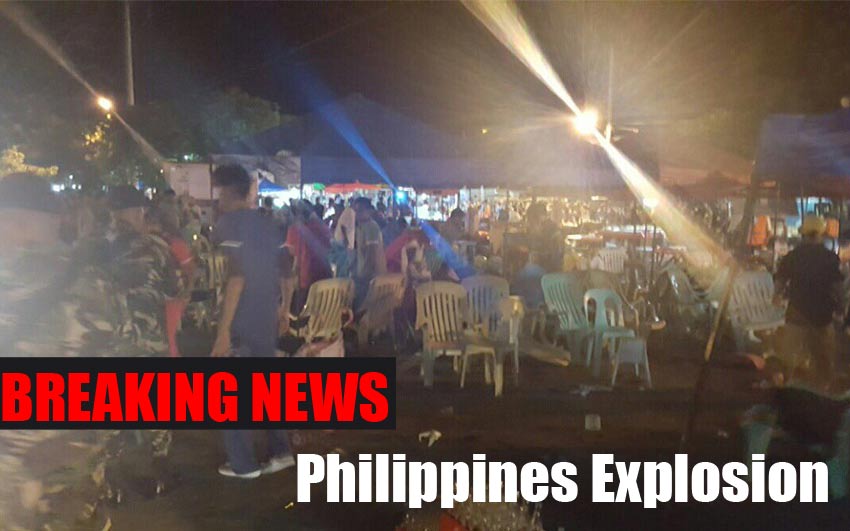 Philippines Explosion: At least 10 Killed at the Night Market

On this Friday Night (September 02, 2016), the popular night market in the Philippines faces the Explosion. Because of this incident, 10 people were killed and 60 more injured on the spot around 10:30 p.m.

The witness ‘Mr. Janoz Laguihon’ told to the CNN Philippines as “We were sitting in front of the scene. I first saw smoke, and we thought it was from a barbecue stand. Then a few minutes later, there was a big blast.”

Another spot witness ‘Mr. Donn Catre’ said that “There was a shockwave. A lot of people were really crying. You can hear the screams.”

John Rhyl L. Sialmo III shared the Video from Davao City, the Philippines along with his words as “Disturbing graphics. Explosion at Roxas Night Market.”