The most recent B-Town film, Amitabh Bachchan’s Pink Box Office Collection Report for 12 days is here. The movie crossed the 55 crore INR in the domestic Box Office. The movie is still running in theaters across the country after crossing the first week and it will complete its second week as well. 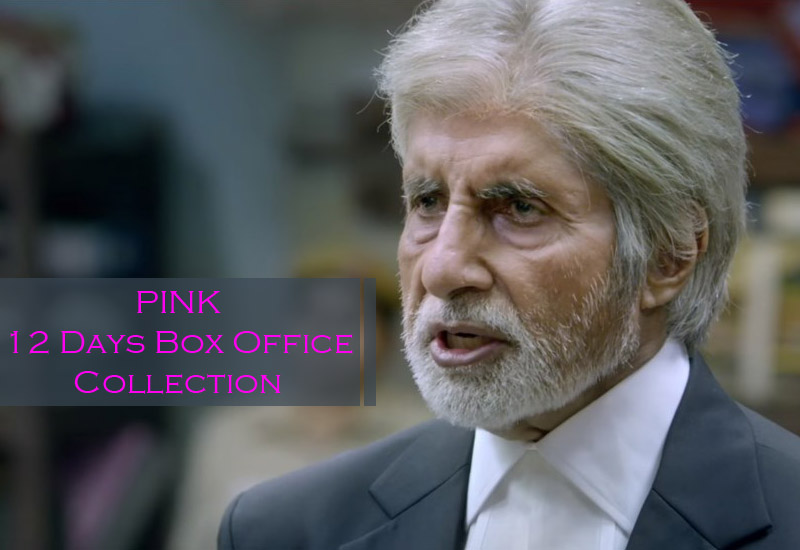 The movie got good reviews and also got good opening Box Office followed by the positive reviews. That’s why the film is running over India still now. The Shoojit Sircar’s directorial film hit the record again after big blockbuster of Piku in 2015 and Vicky Donor in 2012. His 2013 Madras Cafe bagged National Award, and also it faces more trouble to release in Tamil Nadu and other Tamil Populated country because of the Story controversy.

The movie didn’t enclose its box office with good income at its first day. But, the second and Third-day revenues reached the peaks under the average category. The movie crossed Rs. 50 crore within 10 days. Now, the film is flying on its second Wednesday Today. The Complete 12 days Pink Box Office Collection Report is given in the following Table.

The Official Twitter account of Taran Adarsh tweeted about the second week Pink BO collection in India. Check the image given here below. He said that the movie earned totally Rs. 53.10 crore till Monday.

The 12 days collection of Pink crossed the nett amount of Rs. 55 crore. The analyzers were predicted that the Pink would be affected on its box office due to the same date clash with the Raaz Reboot. But, it is on its own track without any derailment. As mentioned previously, it’s all because of the positive mouth words.