What is an adventure? The sport of fearless hearts. These persons are always exploring some new places. They conquer the mountains, calm down the roar of the brutal rivers, let the winds blow in their direction, snow is sledged, deeper and deeper in oceans they touch the cores.

The sports here in this article are way too extreme that the famous saying or the label “Parental Advisory is recommended,” changes to, “Parental, your friends, plus your own Advisory is advised.”

There is very less chance that the failure in playing the sport perhaps paralyze you, but the most will kill you. In terms of the number if one asks me, then the percentage of death is sittings above than getting paralyzed ninety-five per cent in doing these fearless and boulder games.

Sports or games are the best way to recreate the soul, mind, and body for the next start. Let’s explore sports with the risk factor in decreasing order. 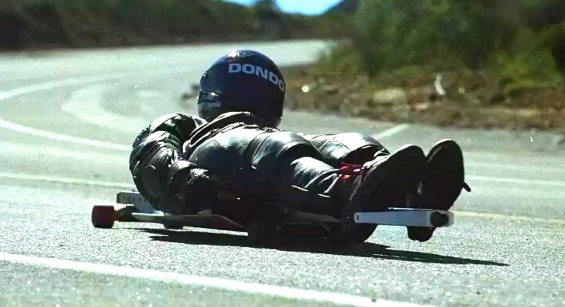 The game looks like skateboarding, but the only difference is the rider on the supine position riding the luge board or the sledge and gets into the momentum of high speed while dashing down the asphalt roads. If one asks that, is this legal, then the gravity which provides thrust to the game is a bit shady concern.

The riders are pre-advised to wear protective measures such as leathers, helmets, knee caps, and other accessories for their safety purpose because down the road you don’t know with which object one may collide. So, it’s for the betterment of the enthusiast and (s)he can enjoy the ride for next time too.

The only brakes available here are your feet. Use them efficiently! 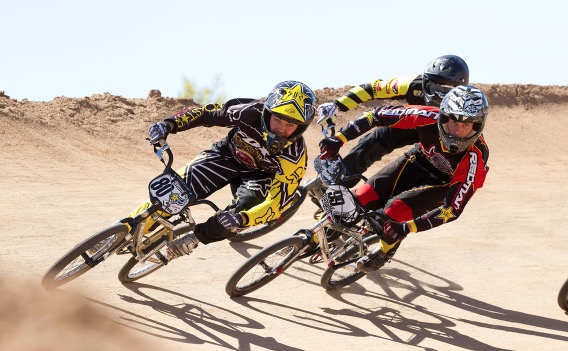 Let’s recall our younger days when we used to play GTA San Andreas on our consoles. Amazing were those days. Isn’t it! The game starts with a bike “BMX” to ride and explore the city.

Guess what! This bike has more to offer you other than the brain hype. The outdoor game has too much potential, which boosts your adrenaline and keeps your eyes in the burst mode at every moment of the ride. Plus the stunts performed on this bike while on some elevated area or build slopes gets you crazy during the whole trip.

The more this sport looks easier, simpler to enjoy, believe me, it’s a way harder than that, there’s always a fear of losing a limb or the mishap on the surface perhaps can break your bones, sometimes may lead to severe head injuries or spinal cord injury resulting to the lifetime paralysis, which is even worse than death.

If you want to get the best bmx bike, bmxonline.com has a detailed guide

Place: Streets, Trails, Skate Parks, in the UK, California in the U.S.A. 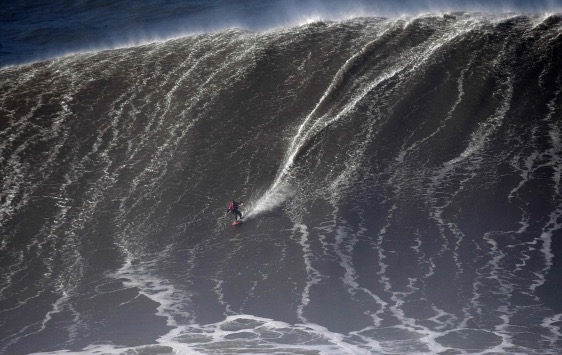 This is the part of the surfing where the sportsperson is towed by at least 20 feet or more than 20 feet high waves. This is not tow-in surfing where one can have artificial support, here the person is on his own.

So, the danger level increases, more adrenalin pumps in, more peace you need to make with the tide. The sync is essential here; otherwise, you will be wiped in by the trough of the wave. The result here is again, drastic.

Here is some probability that your life can be saved by the lifeguard but only if you are under his radar, otherwise drowning will ultimately lead to the death of the person.

The reward prize of 100 thousand dollars is crowned for whosoever rides the 10 feet high wave. Try to imagine the wave in your sub-conscious, a little or even a single mistake will ultimately result in death issue.

Talking for places why not to check the airfares to meet the budget of one’s pockets. Nowadays there are many airlines who offer cheap air tickets one can search for American Airlines booking deals, Air Canada special offers, Etihad Airways ticket discounts, or United Airlines fares which soothe pocket as well as the mind of the adventurer.

7. White Water Rafting in the Most Dreadful Rivers 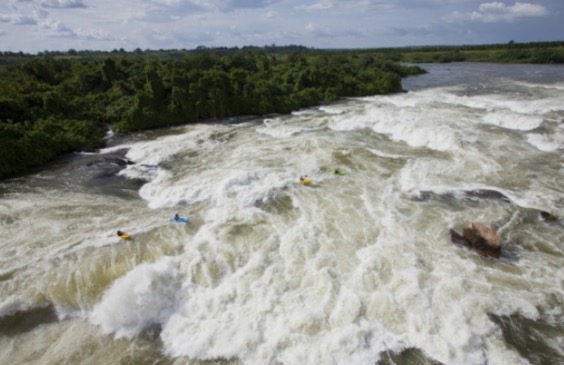 White water rafting is an amazing adventurous sport to enjoy the mother nature. Taste the rapids or even small waterfalls like of Lacanja river. The splash of the freezing water opens the dry brain nerves and at the same time numbs the whole body.

River Rafting is not dangerous, but to raft in the most dreadful rivers of the world is undoubtedly a huge matter of concern. These rivers not only yell their waters but also take the credit of deaths in them.

These rivers are the angriest ones the Yangtze, Parana, Congo, Amazon, Nile, Mississipi, Mekong, Yellow.

Come to raft here, the rapids of these rivers are breathtaking plus the aquatic predators like spiders, crocodiles, anacondas, piranha also welcomes you in their home. One thing more, the calmer the water looks, the deeper is the river.

If by any misfortune a mishappening occurs on your raft or one falls in the water, don’t expect paralysis, the penalty here is straightaway death. Moreover, you won’t even be able to collect the dead body.

Places for this sport are obviously the countries where these rivers flow like USA, Africa, Brazil, China.

FareMart is the platform where one can balance his travel fare services. The services are smoother, without any hindrance, and the professionals are sitting there to answer your every query regarding services. 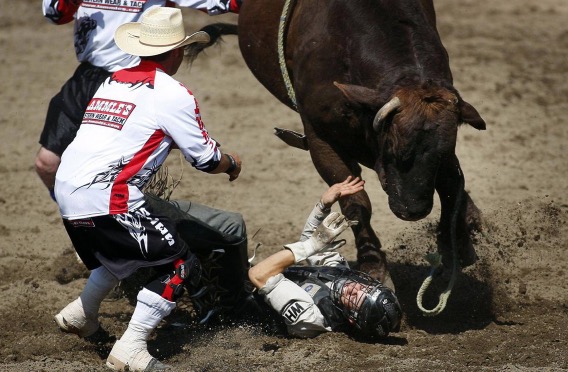 The sport is rodeo sport meant for the macho men who test both the hormones adrenaline as well as the testosterone by being at one place. I don’t know and can’t even visualize or imagine how the dopamine thrushes these guys.

But hell yeah! the sport is deadly. Don’t lose the grip or balance while the ride is on or else the fall will torment you. The consequences of the fall at this moment can be severe injuries, skull burst, bones might get crushed, or even death in the worst case scenario. The bull will not stop; he will keep on hopping or look for you to strike you. 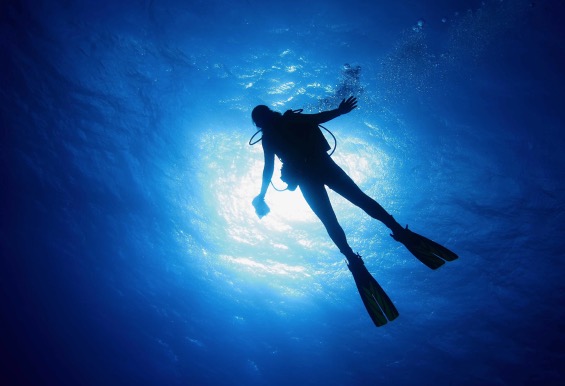 Scuba Diving has become a favourite sport in adventurous sportspersons, but even most of the divers don’t know the acronym ‘Scuba’ which is Self-Contained Underwater Breathing Apparatus. This apparatus is the source of the diver’s respiration.

This sounds awesome, but the sport and the apparatus come with a high cost of injury and peril to one’s body. If the ascent (coming towards the surface of the water) is done a fast pace, then it may lead to severe problems like decompression illness which might accompany bends, lungs, brain, and spinal cord failure resulting into paralysis. 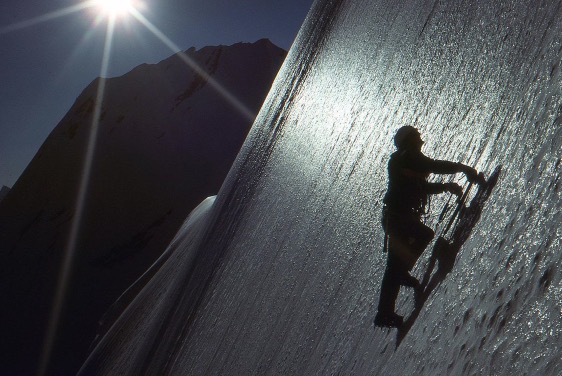 The sport is no different than mountain climbing. It’s already challenging to conquer the mountain, and if the mountain is covered with ice, the difficulty rises as vapours rise. The slippery ice does not allow the person to hold her and make a firm grip.

So, one has to make use of tools and crampons to climb the ice laced mountains. What if the ice axe loses its grip or the ice breaks down. You are left with the only breakage of bones or the death. Minor injuries can be like twisted ankles, sprains, back injury, or concussions. 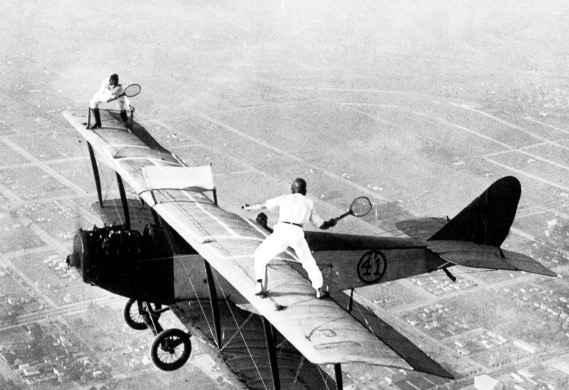 The sport is played and enjoyed in the air with the oldest planes that look like the Wright brothers invented. The sport is hazardous and life taking. The adventure undertakes the life of the walker when he even brings the thought of walking on one the wings of the plane.

At this immense speed, no doubt safety is there, but the courage is something one has to develop by himself. However, the training is given before the actual air show is in action.

What’s the downside then if it’s so safe? Only one thing, i.e., death.

For one time, did you ever had a gist that if you fall from thousands of feet, your limbs will only be broken? No, Nah! That’s what even the player thinks and makes up his mind to take the sport and happily embraces the catastrophe. 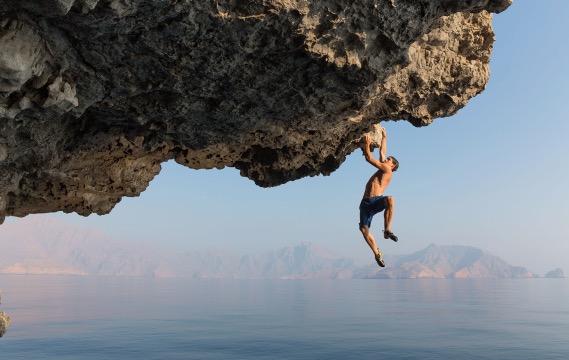 Again the mountain climbing, but here to keep the respect of the sport, I’ll not brat in words. Instead, the picture will speak.

The climbing is done without safety! Amigo. 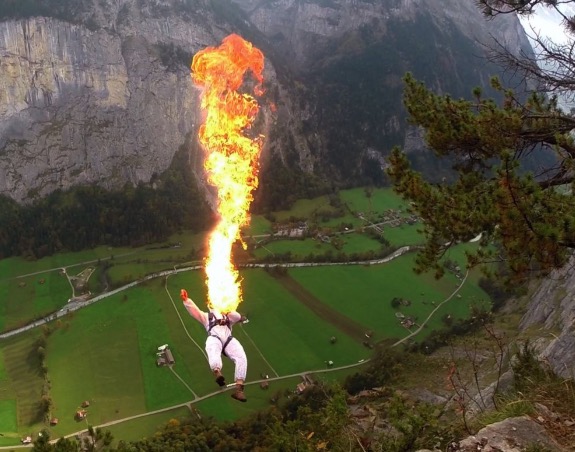 Judge yourself, what is the parachute does not open!

By the way, BASE stands for Building, Antenna, Span, and Earth, and one jumps great heights.

These are sports which are enjoyed by really daring, dreadful, fearless people on earth. The sports above stated are not some ornament of which one can save the selfies and roam around showing them on social media.

One can lose a life, brother!