Rs 500, Rs 1000 No Longer in India: It is the biggest surprise announcement by the Indian Government on Tuesday evening by Prime Minister Narendra Modi. He said that Rs 500 and Rs 1000 currency notes would be scrapped starting midnight. 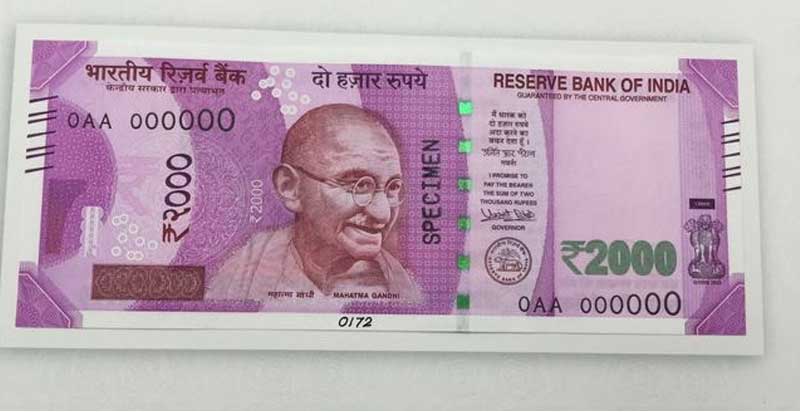 The Last deadline to be deposited old Rs 500 and Rs 1000 rupees Note with bank or post office before on December 30, 2016. Also, people can use the another change up to 31st March 2017. If the people those all miss the December deadline will need to provide the declaration at the designated offices of the Reserve bank of India.

PM Modi said that it is aimed at curbing the menace of corruption, counterfeiting, terrorism and black money; these denominations are among the most counterfeited.

No restriction of any kind on non-cash payments by cheques, demand drafts, the debit of credit cards and electronic fund transferer.

The ATMs will not work on November 9th and November 10 in some places. For the first few days, there will limit of Rs 2000 per day per card. This will be raised to the limit of Rs 4000 later. 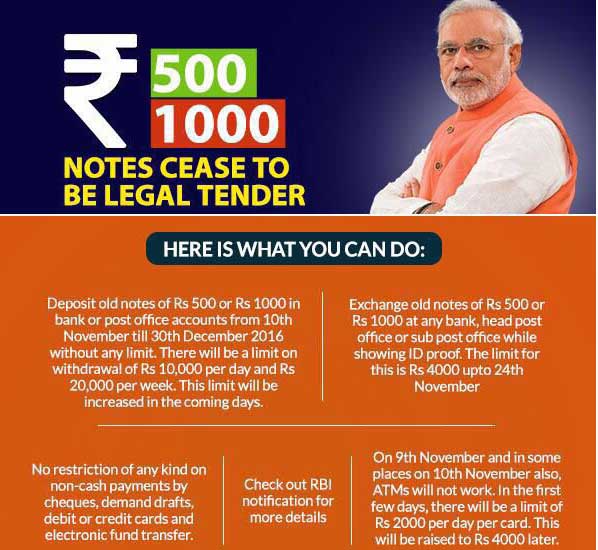 Not just a piece of paper There is much more in this note Read the full content of this message.

India is all set to add one more denomination to its currencies shortly. The Reserve Bank of India (RBI) will be issuing Rs 2,000 currency notes, the highest to come into circulation, even as some experts feel7 high-value denominations should be discontinued to curb black money.

The Rs 2000 currency is designed keeping in mind to eradicate the black money issues using state of the art indigenous nano-technology, every Rs. 2000 currency note is embedded with an NGC (Nano GPS Chip) 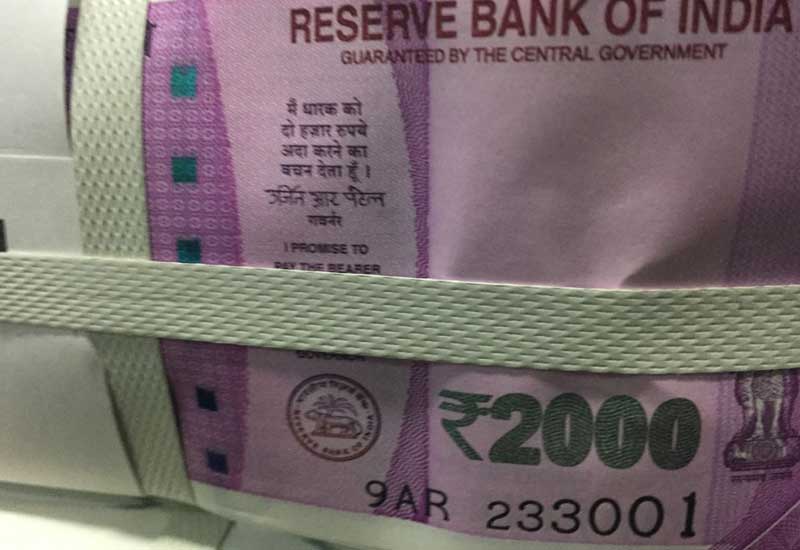 How the embedded NGC Technology Works?
The unique feature of the NGC is it doesn’t need any power source. It only acts as a signal reflector. When a Satellite sends a signal requesting location the NGC reflects back the signal from the location, giving precise location coordinates, and the serial number of the currency back to the satellite, this way every NGC embedded currency can be easily tracked & located even if it is kept 120 meters below ground level. The NGC can’t be tampered with or removed without damaging the currency note

How will this help eradicate black money menace?
Since every NGC embedded currency can be tracked. The satellite can identify the exact amount of money stored at a certain location. If a relatively high concentration of currency is found a certain location for a longer period of time at suspicious locations other than banks & other financial institutions. The information will be passed on to the Income Tax Department for further investigation.

Download Government of India Notice by Department of Economic Affairs