Amitabh Bachchan singing National Anthem during India vs Pakistan T20 World Cup match on 19th March gave a Proud moment for every Indian. For almost all fans in the ground it gave feelings of patriotism, but shockingly there has been a complaint lodged against him in Delhi Police station on Amitabh Bachchan National Anthem. 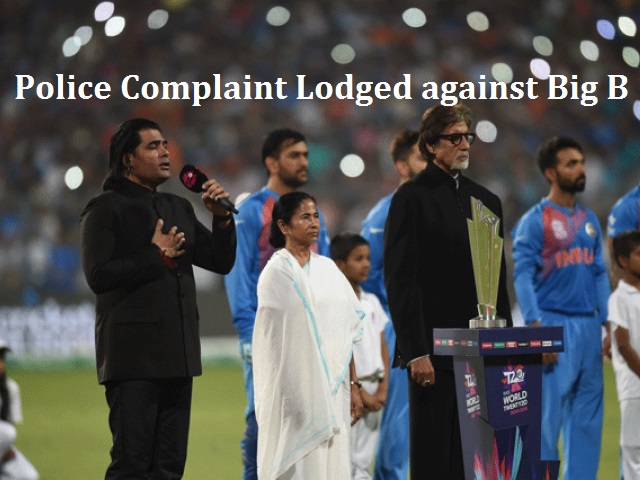 These are the reasons they stated in the complaint letter given to the Delhi Police with four specific errors while singing National Anthem,

The complaint was filed at Ashok Nagar Police Station, Delhi. The copy of this complaint is already sent to the Prime Minister Narendra Modi as well as Home Ministry Department.

Here is the original copy of the complaint letter, 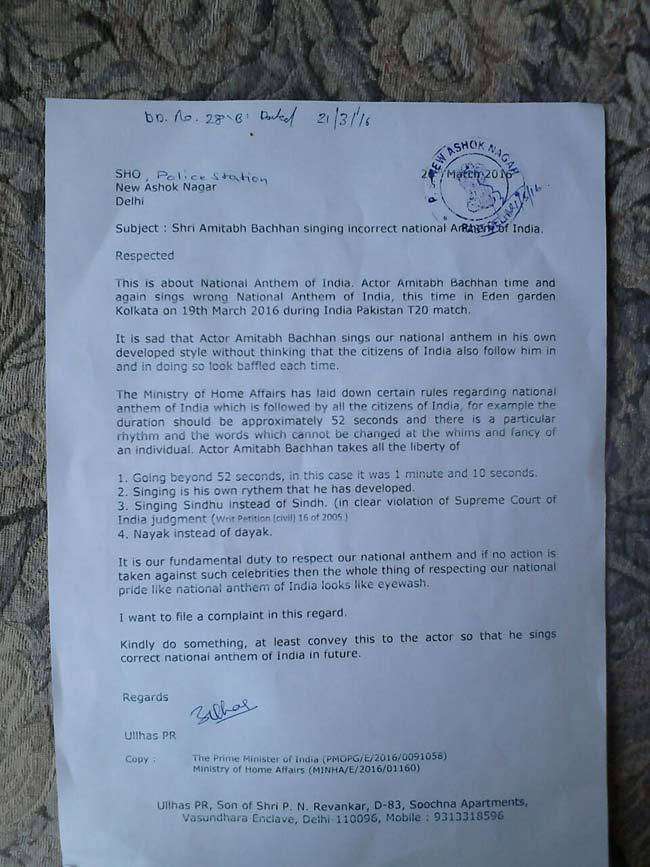 This is not a new thing, the actor already has a Police complaint against singing National Anthem in a wrong rhythm during Kabbadi Pro World Cup. The complaint was lodget at that time in Juhu Police station.

Similarly, Shafaqat Ali, who sung National Anthem of Pakistan during the world cup also faced a similar issue and he had interacted with his fans in social networks to explain the issue.

He stated that it was a technical fault and Audio glitches.

Here are some of his tweets answering words that was left while singing National Anthem,

My 5 yr old nephew sings the national anthem with more zeal than Shafqat Amanat Ali. That hair straightening chemical's gone to his brain

Here is my apology… pic.twitter.com/09aGpMqhRs

Let’s see how long this issue is going to happen for our Big B Amitabh Bachchan.