The Gautham Vasudev Menon presents Pon Ondru Kanden first look poster released on this Wednesday, March 29. This is the official Tamil remake of Telugu hit film Pelli Choopulu. The first look poster contains the cast and crew of the new project. The new dad Vishnu Vishal and Milky beauty Tamannah are the lead cast of this film. The Pon Ondru Kanden First Poster has designed with the concept of comical colors which attracted most of the film lovers outside of the industry. Also, it created more attention and gave positivity to the filmmakers. 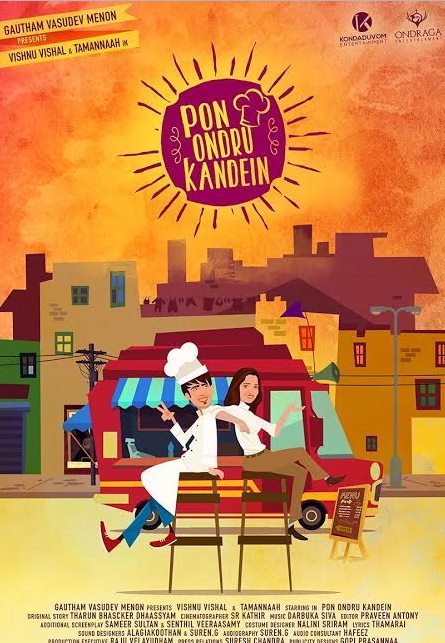 Gautham Vasudev Menon’s Ondraga Entertainment joins hand with Kondaduvom Entertainment as a producer of this film. GVM’s long-time associate Senthil Veerasamy will be helming Pon Ondru Kandein. Also, he will be introducing more number of new talented people in this film. The lead actor Vishnu Vishal act as Vinod and Tamannah Bhatia as Ambika in this film.

Darbuka Siva is composing music for the film., while Gautham’s favourite Thamarai will take care of the lyrics and SR Kathir is in charge for cinematography. Praveen Antony is the editor of this film. Check more information on first Look Poster which provided above.

Facebook Messenger Groups Chatbots to be available after F8 conference