Pongal release Movies in Tamil are listed here at this space. According to the report, Ilayathalapathy Vijay’s Bairavaa and G.V.Prakash Kumar’s Bruce Lee are confirmed for the release of Pongal 2017 festival. Also, the sources said that the Versatile actor Suriya’s fast and mass flick of S3 is also expected on the date of Pongal. The S3 film has postponed due to various reasons. The official confirmation of S3’s Pongal release is yet to come on upcoming days. 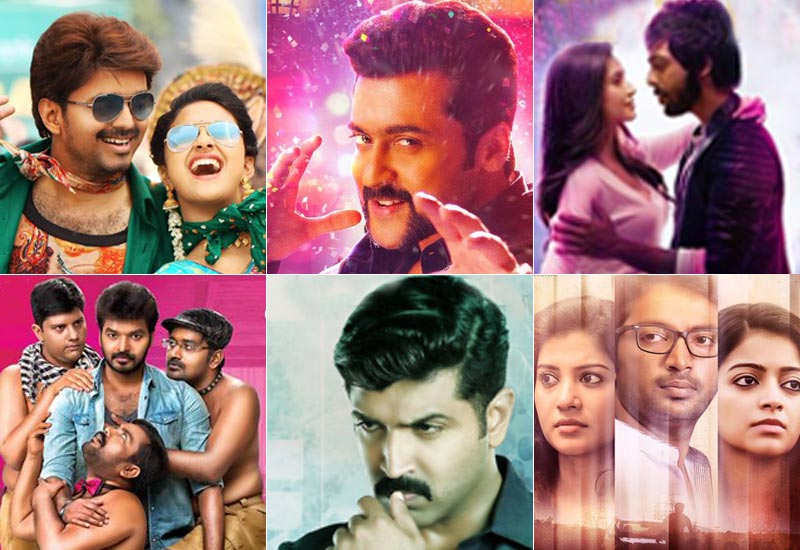 Sathyajothi films production and Bharathan’s directional venture is Vijay’s Bairavaa. Jagapathi Babu will appear on Tamil Cinema again along with the Daniel Balaji on Negative roles. Sathish, Mimi Gopi, Harish Uthaman, Sharath Lohitashwa, Sreeman, and YG Mahendra are the supporting artist of the film. Keerthy Suresh is the female lead of Bairavaa.

Hari’s directorial third installment S3 is expected on Pongal 2017. The film has produced with the shared productions such as Studio Green and Suriya’s 2D Entertainments. Anushka and Shruthi Haasan are the lead females of this film. Radha Ravi, Nassar, Sumithra, Janaki Sabesh, Yuvarani, Raadhika Sarathkumar, Krish and Soori in supporting roles.

Bruce Lee is the action and comedy combo film of actor GV Prakash Kumar. Kriti Kharbanda is the female lead of this film.Prasanth Pandiraj’s directional film and it is produced by J.Selvakumar, P. Ravichandran, and G. Vittal Kumar.

Mahendran Rajamani’s debut directional Enakku Vaaitha Adimaigal film is featured by actor Jai and Pranitha Subash. Kaali Venkat and Karunakaran are the supporting key roles of this film. Vijay Sethupathi’s Sethupathi debut producer Shaun Sudharshan has invested his money for this film as a Producer.

Kalaiyarasan, Janani Iyer, and Sshivada are acted as the lead characters on Adhey Kangal. Rohin Venkatesan’s debut thriller directional has rendered by the Ghibran’s musical. C.V. Kumar has produced this film under the banner of Thirukumaran Entertainments.

In Pongal 2016, there was no big heroes release films. But, this time, it is huge. As of now, five releases are confirmed by the concern officials. If Suriya’s S3 joined, then the list is Six Tamil movies for Pongal.