Portugal vs Faroe Islands match is one of the important matches out of nine in World Cup Qualifying – UEFA today on 31st August 2017. While Portugal will be qualified directly to the World Cup if they won their today’s game against Faroe Islands. Also, it is little difficult for Hungary to score 8 points against Latvia. So, Portugal had more chances to get direct qualification.

Switzerland is the top most team at present in the group B of World Cup Qualifying – UEFA. They had all six wins in this round 1 and scored 18 points. Then Portugal is the second team those who have scored 15 points by playing six matches.

In other hand, Faroe Islands have scored only five points by winning only one match against Lavia. They also lost their three matches and had one draw recently in the world cup qualifier on march against Andorra. 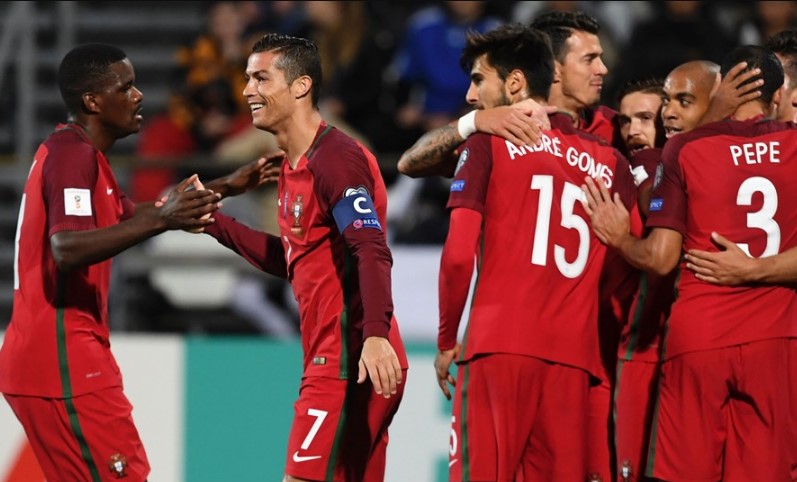 Portugal vs Faroe Islands match is set to begin on 07:45 pm local time, 02:45 pm EDT at Estádio do Bessa XXI in Porto. It is another positive key for Portugal football team as they playing on their home ground against Faroe Islands.

In the half time of the game, Portugal lead by one goal against Faroe Islands as the match score is 2-1. Cristiano Ronaldo has made the goal for his team at 3rd minute of the game and also second goal at 29th minutes as it is penalty kick. From the Faroe Islands, Rógvi Baldvinsson has made a goal at 38th minute.

In the second half of the game, William Carvalho helped with his goal to his team’s win at 58th minute. Ronaldo have also made another goal at 64th minute and then Nélson Oliveira at the end of the game of 84th minute.