The Premier League 2016-17 season started in 13th August 2016 with the opening match of Hull City vs Leicester City. As per the Fixtures, 21st May 2017 is the last date with the match of Watford vs Manchester City. Get the Standings and Points table here. This points table will be updated at the end of match day. Scroll down and get points table along with standing position. 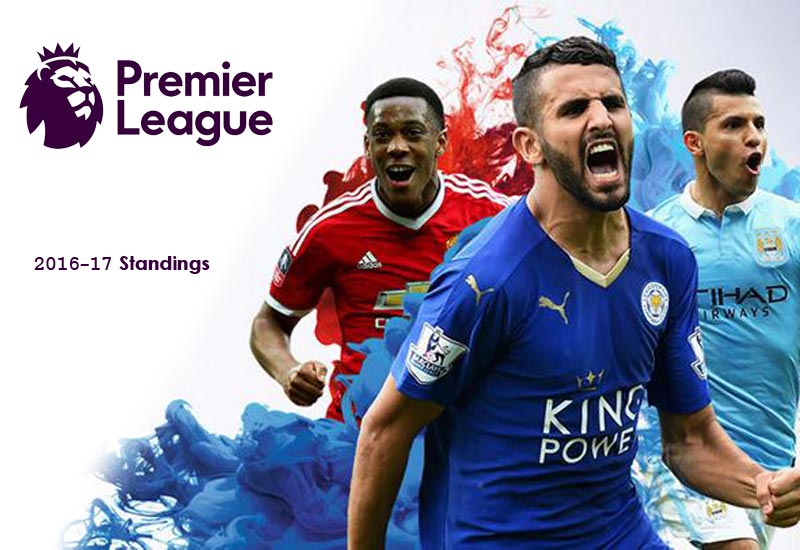 All the Leading Sports websites were updating the standing positions of various Football series. Here, it is the only place for English Premier League standings and points Table. The 2016-2017 season is going on with the help of following brand partners. EA Sports is the Lead Partner, Barclays is the official Bank partner, Carling is the Official Beers, Nike is the Official Football partner, Tag Heuer is the official Timekeeper.

The game was founded in 1992 in the country of England along with the 20 teams. Premier League is the confederation of UEFA. It is relegation to the Football League Championship. Manchester United has won 13 titles, Chelsea won the 4 titles, Arsenal won the 3 titles, Manchester City has won 2 titles, Blackburn Rovers and Leicester City has won 1 title each respectively. Leicester City is the current champions and it is the first title for the team.