Protecting Religious Freedom in Europe: The face of Europe is changing. Over the last two years, there has been an unprecedented influx of new residents, as European leaders and citizens opened their doors to embrace refugees and migrants fleeing persecution and civil war in their homelands. In 2015 alone, approximately 1.3 million refugees sought asylum in Europe, breaking the previous record set in 1985. The largest recipient was Germany, accepting close to 1 million refugees and migrants between the years 2015 and 2016.

Fears Give Rise to Prejudices and Intolerance

Fear of the unknown has created fertile ground for far-right and nationalist parties to plant seeds of anxiety and hatred. Nationalist and racist rhetoric is causing significant divisions within the fabric of Europe, stressing a centuries-old commitment to tolerance and religious freedom. The danger lies not only with overt hate speech from extremist party leaders, but also a creeping policy of appeasement of intolerance by mainstream politicians. Speaking at this year’s International Holocaust Remembrance Day program, Tony Blair, Chairman of the European Council on Tolerance and Reconciliation (ECTR) said, “There is no small act of prejudice that does not enlarge the space for prejudice and hatred to flourish. So, we must stand against it from the beginning.” The ECTR, founded in 2008 by Moshe Kantor, President of the European Jewish Congress, was established to fight against extremism, xenophobia, intolerance and to develop concrete strategies to promote mutual understanding between all people, regardless of race, religion, ethnicity and culture. 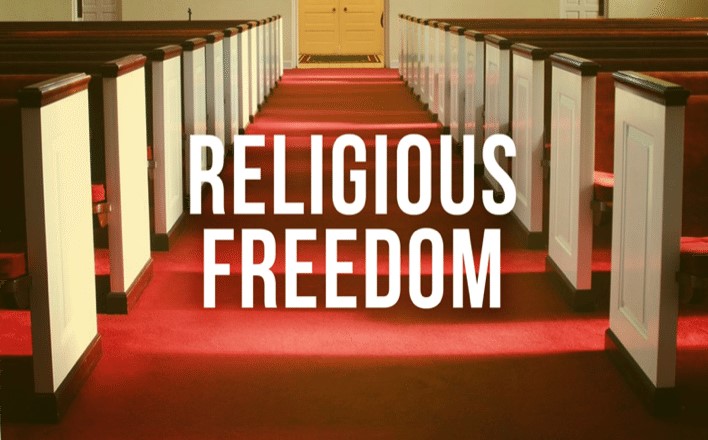 Further highlighting the issues, on the 22nd March 2017, after the shocking terrorist attack at Westminster, Moshe Kantor said “We strongly condemn this cowardly and barbaric terror attack. This strike, at the heart of democracy, on the anniversary of the Brussels attacks which claimed the lives of 32 people, once again demonstrates that radical extremists continue to have the ability and motivation to commit mass murder in Europe.”

A Rise in Secularism Brings New Threats to Religious Freedom

A strange phenomenon of overreaching to accept and tolerate differences is leading to a backlash against all religions and cultural traditions, with large percentages of the European population becoming stringently secular and rejecting their own faiths. This secularization is giving space for anti-religious rhetoric and violence to occur against any all religious groups and symbols. Hungary’s government became so alarmed at the increasing incidences of persecution against Christians that it established a specific department within the government to address the issue.

Europe’s commitment to protecting freedom of religion and civil rights for all people is evidenced by their founding documents. For instance, freedom of religion in France was protected by its 1789 “Declaration of the Rights of Man and of the Citizen.” In more modern times, the European Union Constitution states: “Everyone has the right to freedom of thought, conscience and religion. This right includes freedom to change religion or belief and freedom, either alone or in community with others and in public or in private, to manifest religion or belief, in worship, teaching, practice and observance.” (Article II-70) Civil and minority rights groups, faith groups and others are working vigilantly throughout Europe to protect these long-standing affirmations of the rights of all peoples to freely practice their religion. A special working group within the EU—the Intergroup on Freedom of Religion or Belief and Religious Tolerance has invested significant funds in a variety of projects that protect religious freedoms and combat discrimination.

The only way to reverse the rising tide of prejudice is for people of all faiths to come together in unity and stand in defiance against religious intolerance. The ECTR established a Model Law on Promotion of Tolerance, taking the battle to the schools. By institutionalizing courses that teach diversity and promote a culture of tolerance of all religions it will be possible to maintain a society of Europeans who respect the rights of all religious groups to live in freedom. As Moshe Kantor observed, “The future of a peaceful, united and tolerant Europe lies in all of our hands. We must be proactive in the face of this dark, encroaching racism, hate and intolerance, and refuse to passively accept it. Our European future depends on it.”