PUBG Mobile update: The much awaited Vikendi snow map with v0.10.0 update for both Android and iOS platforms are released by the PlayerUnknown's Battleground (PUBG)-developer Tencent Games. The company has given 24 hours for the fans to download the latest update for the new challenge.

Also, other additional features have added with some bug fixes to the game.  The PUBG Mobile Vikendi snow map download size is 134.2MB on Android and iOS. 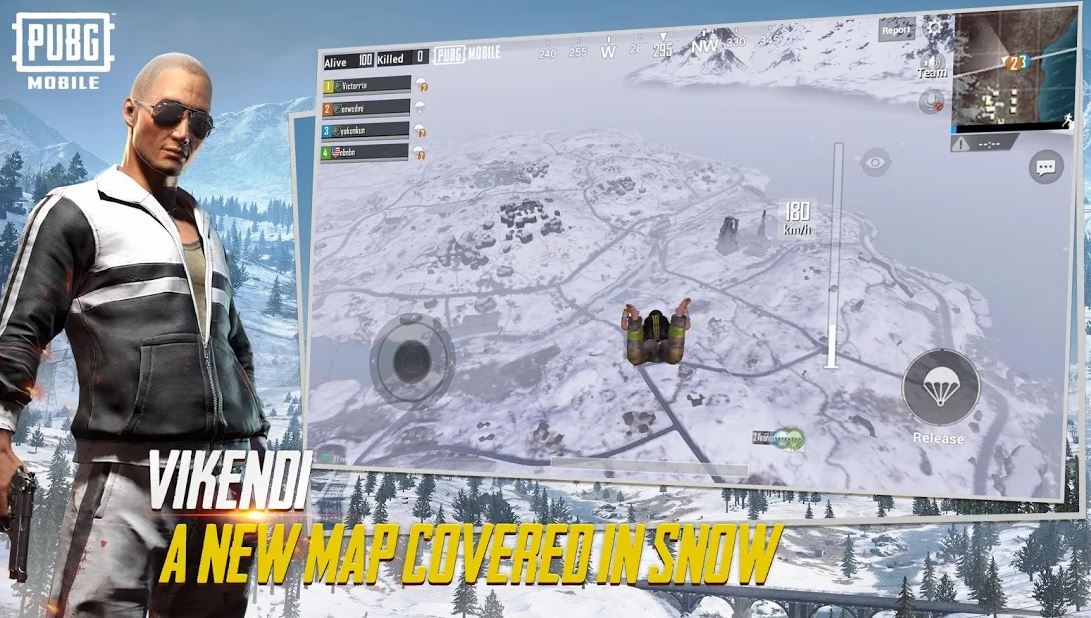 The matchmaking starts the next day (21 December) same time. The company claims the Vikendi is 6km x 6km map which is now available to download from 0:00 UTC on 20th of December 2018 to 21st December at 00:00 UTC. The new Vikendi snow map is available for download within the app itself. So, the users can head to the map section and start downloading the map.

In the official announcement, it reads “Cruise around in #Vikendi. Available on December 20th 00:00 UTC for download, and on 21st 00:00 UTC for matchmaking!”

How To Update Your PUBG Mobile With Vikendi Map On Your Phone:

Go to Google Play store and then type PUBG Mobile, click on ‘Update' button for the latest features. OR also, update the app within the app itself.

For iOS users, go to App Store, then type PUBG Mobile and tap the ‘Update' button for these features which all listed below.

PUBG Mobile 0.10.0 comes with Arabic language support and stricter rules for casual players. Find the full patch notes for PUBG Mobile 0.10.0 here. PUBG Mobile on Android is very popular in markets at present where there aren't many PCs or consoles, but also the game is better on mobile than other devices.

5 Tips Every Cryptocurrency Investor Must Know