Pulimurugan Box Office Collection: Kerala Superstar Mohanlal is rocking by his film Pulimurugan over the world. The Opening day Gross collection has beaten the Premam and now, the film reaches the biggest milestone in Malayalam movie till date. The Vysakh directional film had the massive response from the audience and the film till going over all the theaters with the Housefull board. Check the Mohanlal’s Pulimurugan Box Office Collection Report here. 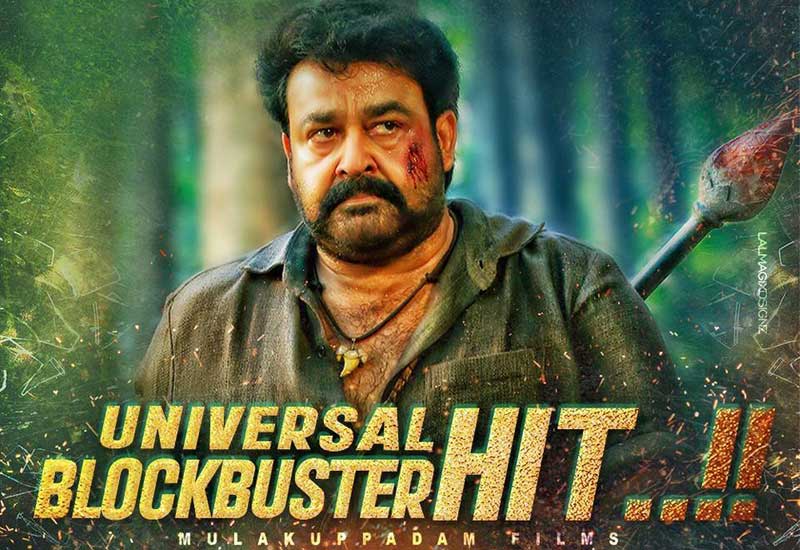 The first film in Malayalam which enters into the prestigious Rs 100 Crore Club on Worldwide box office collection within a month of release. The Lead actor and wild hunter of this film hunted the 100 Core club as first in Mollywood. Himself, thanked all the movie crew and his fans, audience for its success in this morning on his official twitter. 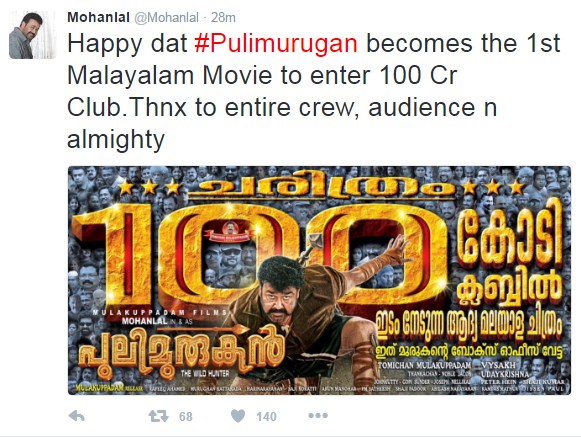 As per the analysis of Pulimurugan trade, the film has crossed more than Rs 70 crore in the Kerala Box Office within four weeks of its release approximately. It is the first fastest grossing Malayalam movie which earned Rs. 3.22 crore in Kochi six multiplexes in 31 days.

Lead Actor of Pulimurugan ‘Mohanlal’ has marked his words on his official Facebook page today on Monday, November 7. He said that I am happy to share with you all, that #Pulimurugan becomes the first Malayalam movie to enter 100 crore club. Thanks to Director Vysakh, Producer Tomichan Mulakupadam, Stunt Choreographer Peter Hein, Scriptwriter Udayakrishna and Cinematographer Shaji and the entire crew, for their seamless effort in making Pulimurugan, a big success. This is made possible by each and every one of the audience who watched this movie in the theater; here i am extending my sincere thanks to them and above all to the Almighty for his blessings.