Vijay Sethupathi is doing in his way individually as any other actor is not acting like this Tamil actor. On the recent years, he did many successful films and also the audience likes to watch him in different stories on screen. After the grand success in this cinema career with Madhavan on Vikram Vedha, he is here again with the different role on Puriyatha Puthir. The film is releasing world wide on September 1st Friday. Also, his next film is on the way to treat his fans on another one dimension.

Debutant director Ranjith Jeyakodi penned this story for Vijay Sethupathi. This is based on a psychological thriller, which is produced by the Rebel Studio Productions. Now, the film is releasing after some postponed from January 2017 with the help of JSK FIlm Corporation’s J. Sathish Kumar.

Vijay Sethupathi paired up again with the hit combo of Gayathri. Both of them have done early in the film of Naduvula Konjam Pakkatha Kaanom in 2012. Apart from the lead roles, Ramesh Thilak, Arjunan and among other have shared their screen space as supporting characters.

About the technical team of the film, Sam CS is the music composer, who got wishes from the audiences for his songs of this film. Dinesh Krishnan is the cinematographer and Bavan Sreekumar as editor of the film. 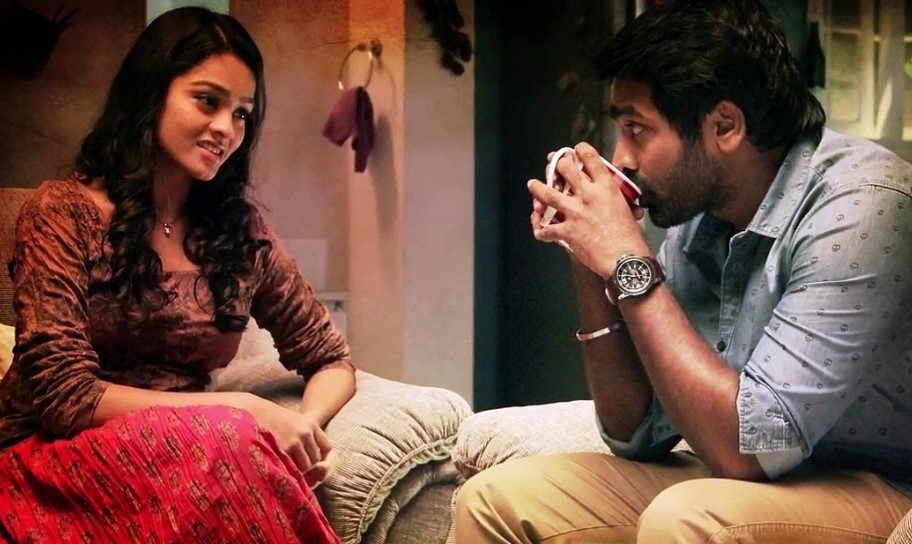 Puriyatha Puthir Story Plot: As mentioned above that this is psychological thriller movie. Vijay Sethupathi (Kathir) appearing on the screen as a musician. The female lead Gayathri (Meera) appears as a violin teacher. This film revolves fully around these two characters with the support of Ramesh Thilak, Arjunan and Sonia Deepti.

Also, this is not about the story of music is notable. This is all about the life of common man daily life. What are all the issues and how they facing and solving is the story plot of the film.

Issues around the film release:

Update 2: Because of the financial issues, the morning shows of the film have canceled. Noon shows also getting cancelled across Tamil Nadu.

Puriyatha Puthir Movie Review: Looks little boring. But, Vijay Sethupathi fans are loving the presence and acting performance of Vijay Sethupathi on screen. As mentioned earlier, the story is all about to solve the mystery around the leads. The twists and turns are very predictable, so only it makes feeling bore. If you are not regular movie watching person, then it is good to watch.

Puriyatha Puthir Rating: From the critics, the movie earned only two points out of five. The screenplay of this thriller film is the biggest minus.

Puriyatha Puthir Audience Response: From one of the public, The message is good, Vijay Sethupathi’s acting is also good, no words to say about his performance. It is as usual that he satisfied audience and his fans expectation. But movie travels very slow.