Qihoo 360 manages over 4,200 employees who develop anything from an antivirus software to browsers and apps, and even a new smartphone and their client base is now claimed to be over 600 million users in China.

Qihoo was founded by Chinese tech-veteran Zhou Hongyi and Qi Xiangdong. Qihoo 360 was founded in 2006 and was listed on the New York Stock Exchange in 2011. At that time, Qihoo became the third largest internet company in China after tech giants Tencent and Baidu, with an annual $22.2 million net profit and revenue. 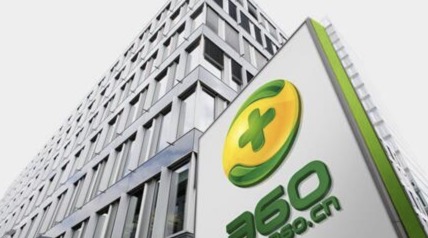 Eyebrows were raised when, in July 2016, Qihoo and co-investors CITIC Guoan Group, Golden Brick Silk Road Capital, Sequoia Capital China announced a privatization that valued shares at $77, reflecting a valuation of $9.3 billion. This was explained by a move to merge Qihoo with “New Summit Limited”, an anonymous Hong Kong entity with no notable assets or technology. Minority share owners in the NYSE had no choice but to take the lowball valuation when they lost a vote to big investors.

Then, just two years later, Qihoo was relisted on the Shanghai Stock Exchange for a $62 billion valuation, a return of more than 550% on the privatization valuation. NYSE investors, who, since August 2016, are demanding compensation for what they consider an unfair process of liquidation and privatization, have consequently been engaged in several lawsuits to recover lost profits.

A lawsuit on the matter is still ongoing in the Cayman Islands, where Maso Capital Partners LTD – a Hong Kong hedge fund which held $16.9 million worth of Qihoo 360 shares before the privatization, is battling it out for their fair share. The hedge fund is seeking $92 million in the Cayman Islands court, which were already put into escrow by Qihoo 360 per the court’s order. Fund managers say $92 million is but a conservative estimate of the shares’ true worth; a robust expert valuation could yield an even higher share price for Maso.

Surprisingly, what Qihoo did is not illegal. Chinese companies listed in the U.S are classified as Foreign Private Insurers (FPIs) and are subject to regulation by their home country. They are also exempt from corporate governance practices by which most publicly listed domestic firms must comply, including a requirement to host annual shareholder meetings. Still, if Maso Capital could prove in court that they were cheated out of their true shareholding, the court would rule in their favor.

Even without losing the case, the Cayman Islands lawsuit has already created problems for Qihoo; In one occasion, a request for discovery of documents by Maso Capital’s lawyers caused Qihoo to send its employees a WeChat message in Chinese, asking them to destroy documents. In another case, Qihoo 360’s lawyers told the court that “multi-billionaire chairman, Mr. Zhou, did not have a computer or any electronic device issued to, used by or available to him, and that he has never used a computer since setting up the Company in 2006”.

Qihoo is expected to continue growing in 2019-2020, with share price finally stable after major losses since February 2018. That’s why the Cayman Islands court’s concerns for lack of transparency and the risk to sensitive proprietary information and technology could cause investors to start pulling out, leaving the company vulnerable at a key moment.

Legal experts seem to think the only way out of this sticky situation is through mediation. Maso Capital is seeking $92 million from Qihoo and Zhou Hongyi, a number which could rise significantly in court after full discovery and in-depth analysis. Why leave it to the court to decide on a sum when it could be negotiated? Many also wonder why management has allowed the case to go on for so long, embarrassing the company and its corporate co-investors when global markets are unstable.

It seems that a quick and effective mediation, if taken seriously by both parties, could allow Qihoo 360 to continue growing according to predictions. A recent court case, also form the Cayman Islands, demonstrates the risks for corporations fighting investors after privatization schemes; Shanda Games, a publisher and operator of online games based in Shanghai, was also fighting Maso Capital in Cayman Islands court after a November 2015 privatization from NYSE, at a price of $7.10 per share. In that case, the court decided in favour of Maso, ruling that the fair share price was actually $16.68 with a 4.295% rate of interest per annum.

This meant a $80m court loss for Shanda after 4 years of litigation. Qihoo 360 would be wise to learn from its Shanghai counterpart and try to reach a faster resolution.

Why MAAC Animation courses are very popular in India?