RaiBlocks jumps high suddenly and occupies the 21st place at present according to the market cap. Within ten months, it rises high to US$15.29 from US$0.009 as of 29th December 2017. Especially, in this December, XRB value rising high gradually. The current market cap of this coin is $2.03 billion USD. Beginning in December, it touches it’s first US$1.00 and also crossed one hundred million for the first time.

RaiBlocks working by using a directed acyclic graph algorithm, instead of DAG for the tangle, they use block-lattice which is RaiBlocks’ own novel tech and delegated Proof of Stake voting. By using this technology, all transactions are sent in User Datagram Protocol (UDP) packets.

Also, it keeps computing costs low and the senders can transfer the funds to the offline receiver. Only the record of an account’s balance saved on its ledger, not a full history of all transactions. It needs two transactions as one is a send transaction that deducts the balance from the sender and a receive confirmation by the recipient like the WhatsApp’s two blue ticks. One for confirming that you sent and another one is for confirming that the receiver has received.

It is also faster and cheaper than even Bitcoin Cash, with zero fees. As mentioned early, the DAG-based coins are essentially coins without blocks and references. Which is more likely to the IOTA which is also riding high on recent days. That’s why the RaiBlocks concept has welcomed and also, it is one of the product wants right now.

Before on this November, XRP was available for free, but now you need to buy only through trading. This article is not completely covered with the focus of RaiBlocks. But, all these things are included in the research of RaiBlocks. 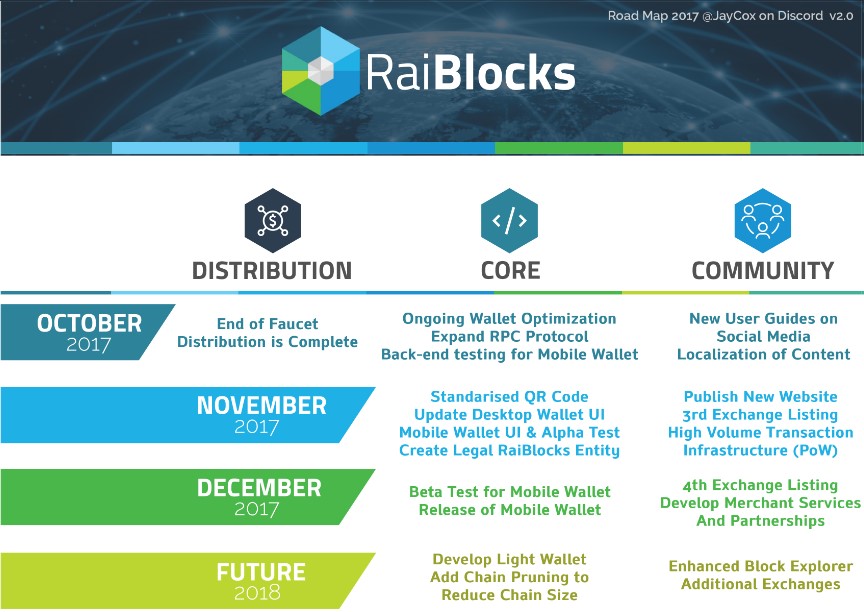 Watch three and a half years of RaiBlocks development in two minutes:

How to Buy RaiBlocks?

You can buy XRB Coinbase, and Paxful. Start exchange with BitGrail, Mercatox, and BitFlip.

BitGrail built specifically for RaiBlocks, accounts for the majority of trading with 77.88% 24hr volume for its sole BTC/XRB trading pair.

In a recent update by the official RaiBlocks about withdrawals from Bit Grail, they answered. Read here: “For those messaging us asking about large withdrawals (over 10K XRB) from BitGrail, BG does those manually for security and the time it takes for the withdrawal to happen can vary. Be assured that your funds are safe and we’re working closely with BG to improve that process.”

There are three storage options for XRB.

RaiBlock’s official web wallet (RaiWallet.com), an official desktop wallet, and RaiWalletBot, a Telegram bot. By using these, you can store private keys. Recently, the web wallet has gone offline, but it is back later after few hours of offline on December 18. As per the update from official, the Funds are safe and they asked their users to use new ID.