Super Star Rajnikanth's Kabali Trailer/Teaser Released: The most awaited teaser – trailer of Superstar Thalaivar Rajinikanth starrer 2016 upcoming Tamil movie Kabali has released now and it looks amazing. Rajinikanth is seen in a very new way in the Kabali trailer and Kabali Trailer look massy. The Superstar fans are eagerly waiting for the teaser & trailer of Kabali as it was confirmed that it will be released at 11AM today. The tag #KabaliTeaserCelebrationBegins and #Kabali has been trending in India. Superstar Rajinikanth has huge fan base in India and many other parts of the world also. This Kabali project of him is the much-awaited movie of Indian Tamil movies this year. Fans are waiting for the movie to hit the silver screens soon. Scroll down to watch the Kabali Trailer here. (READ: Kabali Review) 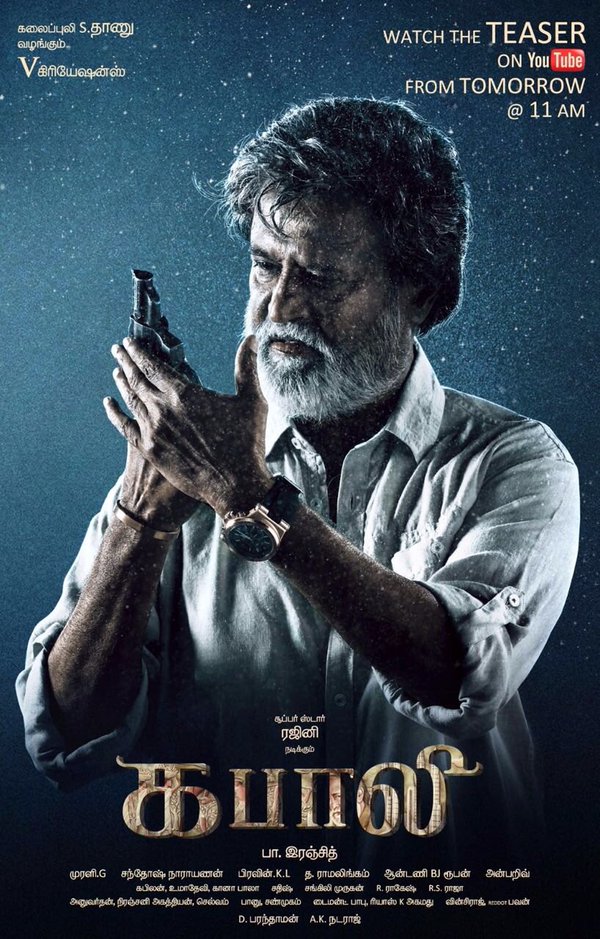 Kabali is one of the much awaited and anticipated movies of Indian Cinema of 2016. Superstar, Padma Vibhushan Rajinikanth will be seen in a very new and mass way in this movie with a white beard. The first look and few posters of Kabali are already released has created a lot of buzz among the audience and fans.

The teaser-trailer of Kabali Movie is 1 minute and 7 seconds. The teaser of Kabali will be screened in the theaters from today attached along with Theri movie. The audience will go mad watching Kabali teaser on big screens. Many people are waiting for the teaser of Rajinikanth’s Kabali. Within few mins of the release of the trailer, Kabali has taken Youtube by storm.

Kabali Movie is expected to hit the silver screens on 27th May 2016.

Kabali Movie music is composed by Music Director Santhosh Narayan. The music launch is expected to be held in the May first week. 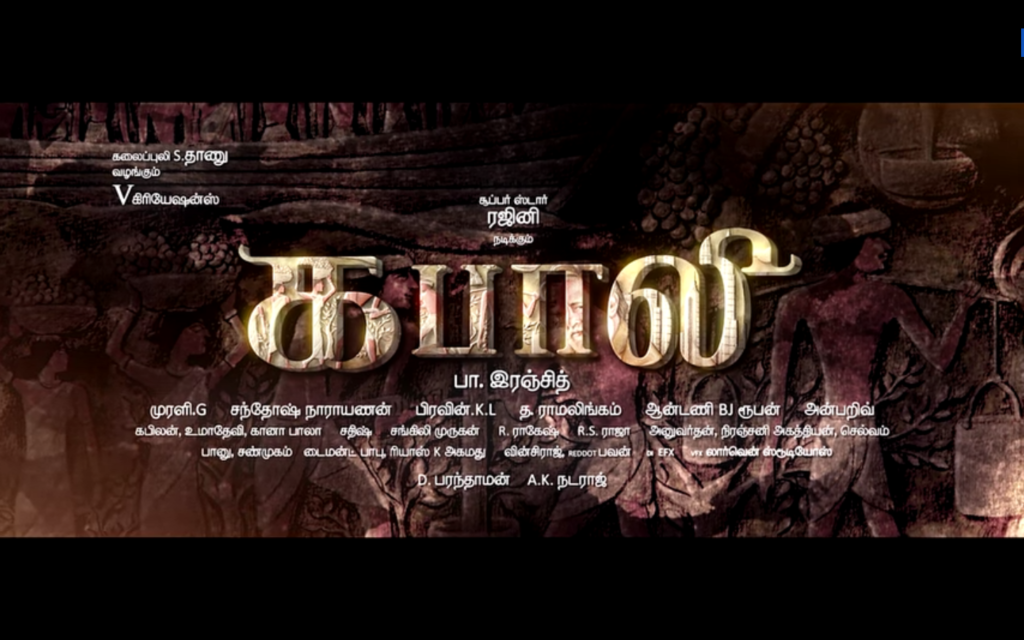 The Kabali Trailer shows Superstar Rajnikanth in a mass and new way. Rajnikanth will be seen again and a Gangster.