The last meet between these two teams on Wednesday has ended with the final result of Washington Wizards win 105-96. After the four-game winning streak of Toronto Raptors, the team lost its match to Wizards. At the moment, they are spotted at the fourth position in the East.

However, the Wizards have also beat the Golden State Warriors before the match between Raptors. So, the team had two big winning streaks after two-match losing streak against Utah Jazz and Sixers.

In the last match, Toronto Raptors have led by DeMar DeRozan with 24 points, Serge Ibaka posted a double-double of 22 points and 12 rebounds, along with two blocks, while Norman Powell scored 17 points.

Also, the Washington Wizards has led by Bojan Bogdanovic with 27 points off the bench, Bradley Beal had 23 points and two steals, Markieff Morris added 13 points, eight rebounds, and five assists, while John Wall recorded a double-double of 12 points and 14 dimes. 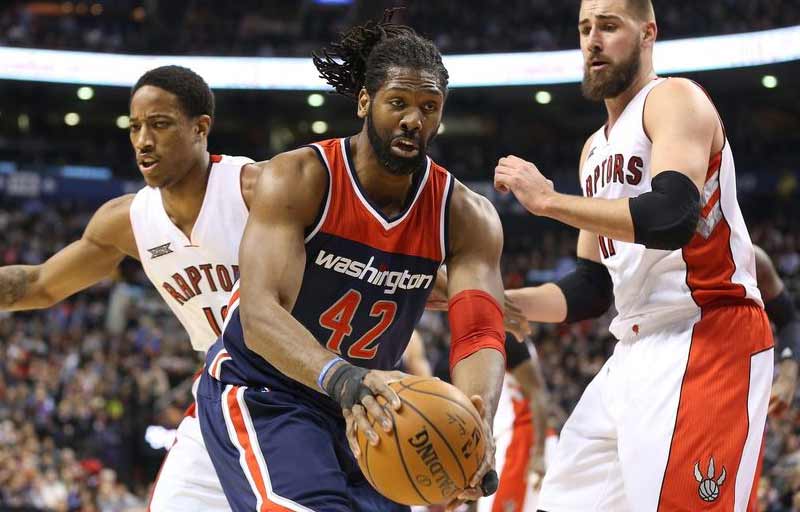 The Starting Lineups, Live Score and Match Updates are providing here below. The Lineups of this match is the not confirmed; it is the projected starters for the today’s game teams. The Live score and match updates are available with the help of Official Twitter of Toronto Raptors.

The Toronto Raptors are using the official Hashtag of We The North; the team logo is located at the end of the hashtag on Twitter. Also, the fans can check with the hashtags of #Raptors, #Wizards, #TORatWSH, #NBA, #WSHvsTOR.

Online: Fans and the people of Toronto and Washington can watch this match as free online live streaming by using the 2 days Trail by NBA. Use the promotion code of 2DAYTRIAL to watch Regular Season + Playoffs Subscription. After this, get NBA league pass to watch games.

It is the home match of Washington Wizards and the next game against Orlando Magic on March 5 is also the home game. The Toronto Raptors will be played their next away game to Milwaukee Bucks on March 4, Saturday.