The Reserve Bank of India launched their official smartphone mobile app of its website for the Android and iOS users. However, the users of these two leading operating system can download this new Reserve Bank of India (RBI) app from the concerned platform such as Android’s Google Play Store and iOS’s App Store. It is easy to get this App on mobile phones by typing the search term of ‘Reserve Bank of India.’ 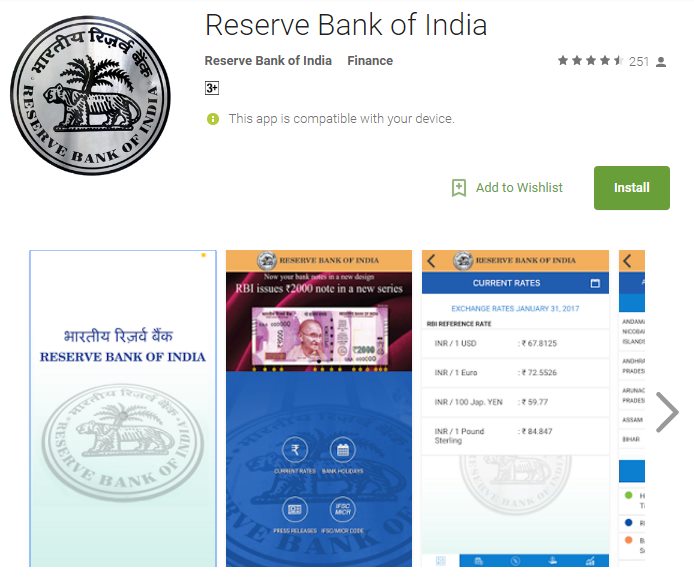 The Central Bank said that the new RBI app described the design of new Indian currency notes. The statement reads that “There is a dynamic window on the top of the landing page of the app which alternating displays three public awareness messages the new design currency notes of Rs 2,000 and Rs 500 denominations as well as RBI’s message on KYC under the ‘RBI Kehta Hai’ series.”

Every 10 mins 1 new btc is mined. Want to calculate how btc is mined? Check it out here: https://www.cryptoground.com/bitcoin-mining-calculator

The new RBI app can also allow the users to get the Push notification. So, it is easy to get the instant news, press release, updates of RBI at any time.

At the top of the landing page consists of the Public awareness messages about the newly designed currency notes of Rs 2,000, Rs 500 and know your customer (KYC) norms.

The Android 4.1 and above version users can only get this new RBI App. The Google Play Store app description stated that “The official app of the Reserve Bank of India. It allows users to access the latest press releases, exchange rates, current policy rates as well as the bank holiday list. The app also allows users to search for IFSC and MICR code of their bank branch.”