Remo Review: Bakkiyaraj Kannan’s debut directorial film has made with the huge budget by the R. D. Raja’s production company. The Remo director was worked as an Assistant for the Raja Rani fame “Atlee.” Because of him, Bakkiyaraj Kannan has got this opportunity to direct the current most wanted Humour Hero of Tamil cinema ‘Sivakarthikeyan.’ It is also the first film for the lead male actor on the big financial movie. And, it is the second film of this 2016 by the same combo as “Sivakarthikeyan-Keerthi Suresh.” The Film producer released the film as per his plan. The film didn’t show the premiere on the outside of India as first because to avoid the online leaks.

This Rom-Com movie had many numbers of famous artists like Resul Pookutty, P. C. Sreeram, Ruben and much more in the crew frame. Let check the Review of this Movie, Remo here below. 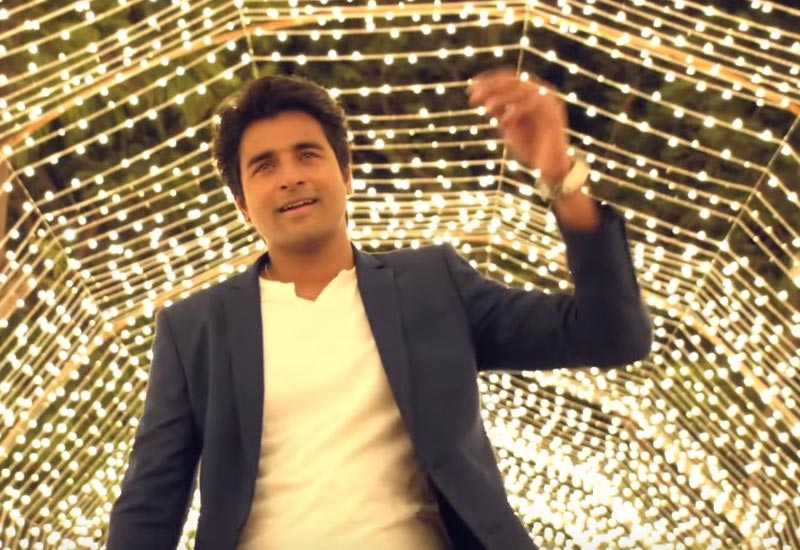 Remo Storyline: The Sankar’s Anniyan inspires the movie title, the hero ‘Vikram’ had a character of Remo as a romantic playboy. The Kabali Neruppu Da fame Arunraja Kamaraj was the main reason behind the title of Remo. He only suggested this title for Kollywood star ‘SK.’ Arunraja Kamaraj explains the reason that the Vikram changed his character to impress his girl in Anniyan. Here, this story has also consisted that same story plot. So, he suggested this title and also confirmed.

Cupid plays the vital role in this film for the promotional purpose, and it is also appeared on the screen as well. Let watch the movie in the theater and know about this Cupid and his bow and arrow’s magic. Sivakarthikeyan (Arun) had the ambition to become a big star of Kollywood cinema, and he got a chance along with the director K.S. Ravikumar. Also, he is fall in love with Keerthi Suresh.

Sivakarthikeyan (Arun) had the ambition to become a big star of Kollywood cinema, and he got a chance along with the director K.S. Ravikumar. Also, he is fall in love with Keerthi Suresh (Kavya). Sri Divya also had an important guest role in this film. There is a link between the Sivakarthikeyan’s ambition and his new girl makeup as a hospital nurse.

A small initial step has now become as a Tamil movies biggest one. The Bakkiyaraj Kannan’s script attracts the cinematographer P. C. Sreeram as first and later to other legends. The director had all the experienced artists in his first movie list. The Critics can differentiate the directional part with the other aspects. Even though, the other features played a major role in this film. Bakkiyaraj direction shows the storyline, and it has made as an extraordinary because of other crews. The Producer tried his innovation on promotional activities and the promo videos. He gathered all the legends as a one for this movie.

Anirudh Ravichandran’s friend Vignesh Sivan had penned four of songs for Siva’s Remo. His smart lyrics and casual words reached all over the State and attracted all the young boys and girls. Resul Pookutty showed his talent on sound mixing by using the Dolby Atmos and it make the real pleasant score in theaters.

Anirudh joined again with the Sivakarthikeyan for the city based movie and showed his partnership blockbuster in this year as again. Rasul Pookutty has tried new techniques and made a Sivakarthikeyan’s Remo voice as a natural girl voice. The actor is the origin of a mimicry artist, so it is not a tough one for his to dubbing for that girl’s voice. Even though, Pookutty enlarged it as a natural girl voice.

Sivakarthikeyan’s second appearance of this year is the Remo. He acted as a dual role in this movie. One is as an Arun (Boy), and another one is as a Remo (Girl). It is the ninth film for Sivakarthikeyan as a lead hero. His last eight films had a significant response from the Tamil audience. From this movie, SIvakarthikeyan will promote to the Telugu industry as well. The Prominent Telugu Producer ‘Dil’ Raju will release the Telugu version of Remo. His acting performance and humor roles also reached the oversea. Remo is the first Tamil film after Rajinikanth’s films which will be going to screen in three locations in Japan. Also, it is the first film for Sivakarthikeyan to Finland theaters.

Most of the fans liked the Sivakarthikeyan’s new beard look as well as the Girl. She dominated the Lead female actress.

Keerthi Suresh had most of Tamil fan followers when to compare with the other neighbor industries. She acted well in this film on all romantic scenes with SK. Anson acted in the character of Vishwa and Sathish in the role of Vallikanth. Download the Official Remo App and get latest updates. The Official Remo Tamil Movie Songs Mobile App has launched on September 28, 2016.

Sivakarthikeyan as Arun/Remo, Keerthi Suresh as Kavya, Anson as Vishwa, Sathish as Vallikanth, K. S. Ravikumar as Himself, Saranya Ponvannan as Sivakarthikeyan’s Mother.

Rajendran, Yogi Babu, Aadukalam Naren, and Kalyani Natarajan are the other supporting actors of this film.

Remo History: Film begins in November 2015 along with the introduction song. The dubbing Pooja has happened on June 16, 2016. It is the First film for the 24AM Production. The launch of 24AM STUDIOS and the Remo First Look has held on June 23, 2016. The moviemakers have launched the single trackers on various dates.

Remo Nee Kadhalan was out on YouTube from 25th June. ‘Senjutale’ song and the making video of Remo character has screened at the SIIMA Award 2016. August 18 is the release date of ‘Sirikathey’ song. Remo Audio from September 5, 2016. Trailer of the movie has released on September 19.

Remo Achievements: The Above listed release has bagged lots of achievements. Get the list here below:

Forgot everything of yours day stress and visit your nearest theater to Watch Remo. And, it is the another milestone for the Sivakarthikeyan. He deserves his talents totally through this movie. So, Watch it on Theaters as soon.

Bakkiyaraj Kannan's debut directorial film made another turning point of the Most Tamil Young Actor "Sivakarthikeyan." His Fans count is increasing day by day. Especially, girls fans will increase from Today onwards. Fun Entertainment of this weekend - REMO.