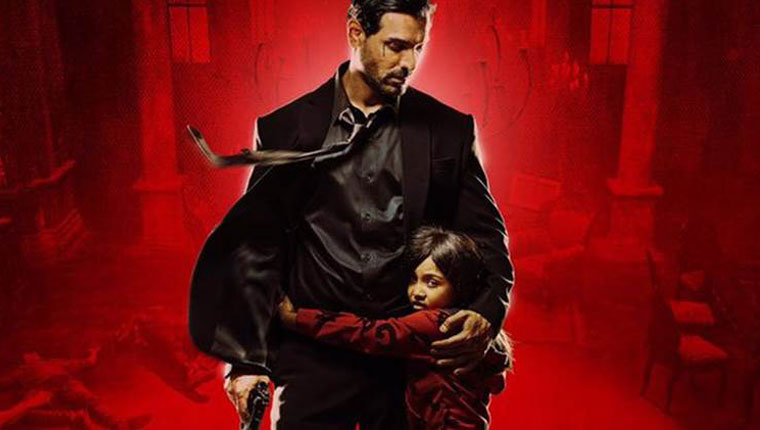 The film’s story revolves around a man who sets out to take vengeance against drug mafia after they take away an eight-year-old girl, with whom he shares a special bond.

The story revolves around John as Kabir Ahlawat and an eight-year-old girl with whom he shares a special bond. Shruthi Haasan plays the role of John’s wife while an eight-year-old child named Diya plays an important character. In the movie, John lives a private life in Goa. The eight-year-old kid girl likes to spend time with Rocky but John is too stubborn to appreciate it.

As the story moves forward, one day, her mother Anna (Nathalia Kaur) steals drugs from the drug mafia of Goa. Nathalia Kaur, who was seen in the item number Dan dan cheeni in Ram Gopal Varma’s Department, plays the mother of the child. Eventually, she gets caught but for this crime, even her daughter gets kidnapped with Anna. Here our star John d Rocky decides to save the small innocent girl and give her deserving childhood back. Meanwhile, police also join the investigation about this incident and Rocky’s past is revealed. Can he face his deadly past and save the girl? The real faceoff is here. Watch Rocky Handsome to more answers to your questions.

The director has nicely blended style and content, action and emotions with the electrifying performance by John Abraham.The Madras Cafe star has delivered very good performance, which is one of the highlights of “Rocky Handsome.” Shruti Haasan, Nishikant Kamat, Sharad Kelkar and Nathalia Kaur have given justice to their crucial roles and their performances are among the big assets of the movie.

The film also has a short appearance by John’s Welcome Back co-star Shruti Haasan. Rocky Handsome also marks the acting debut of its director Nishkanth, who plays the antagonist.

Rocky Handsome is full on action entertainer nicely packed with emotions. Our rating for this movie is 3.0

Hope you are happy with Rocky Handsome movie Review. If you already watched this movie, please feel free to mark your ratings and write your comments that will help others for sure.