Royal Challengers Bangalore (RCB): One of the world’s most popular T20 tournament is back with eight teams again in 2018. The Indian Premier League stepping into its 11th edition in this year. RCB team players are still waiting for their championship in this league and also on CLT20. Their first game will be played against Kolkata Knight Riders as away game in this IPL 2018 tournament.

India Cricket team’s current youngest player Washington Sundar also in the RCB squad. He was the first Indian teenager to win the Man Of the Series in a T20 format. Royal Challengers’ captain Virat Kohli will play this IPL season 11 with a new style, saying about his new haircut and Tattoo. Kohli’s franchise RCB will begin their first game on 8th April at Eden Gardens in Kolkata.

As a schedule, all eight teams will play seven home and seven away games. So, RCB also will play like the same in this IPL 2018. Their first home game of this season will be on 13th April against Kings XI Punjab (KXIP). Their last home league scheduled with Sunrisers Hyderabad (SRH). As like their first match of this season, RCB will play their last game in the league at away, over Rajasthan Royals in Jaipur.

The hot captain of RCB, Virat Kohli has spent some extra time with his girl after their marriage, as he was not there with the team of India when playing for 2018 Nidahas Trophy Twenty20 tri-series.

He was the second highest run-scorer in the IPL, as he scored 4418 runs in 149 games as of 2017. Fans are only waiting to see his fabulous game in this season, also looking season 11 trophy. Hope, it will happen this time for Men in Red! 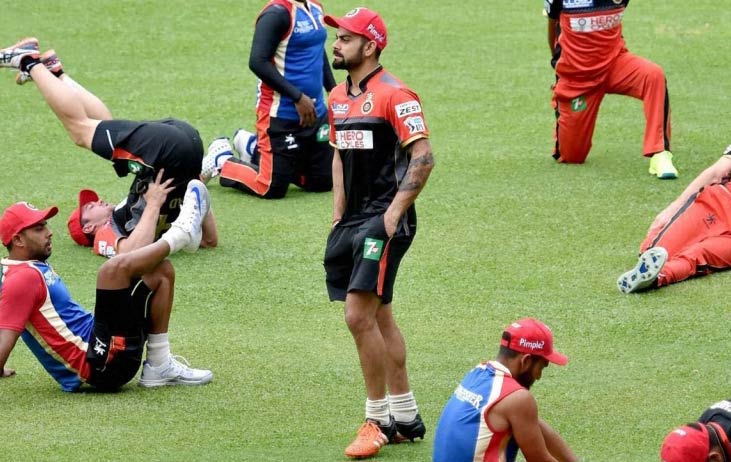 RCB team update: Nathan Coulter-Nile is still recovering from an injury and has been prescribed ample rest. But, Corey Anderson now on RCB board, who replaces Coulter-Nile.

Check the timetable of RCB 2018. By clicking (tapping) on any of the headers, you can range with the alphabetic order. Example: you can arrange only the RCB home games or away games. 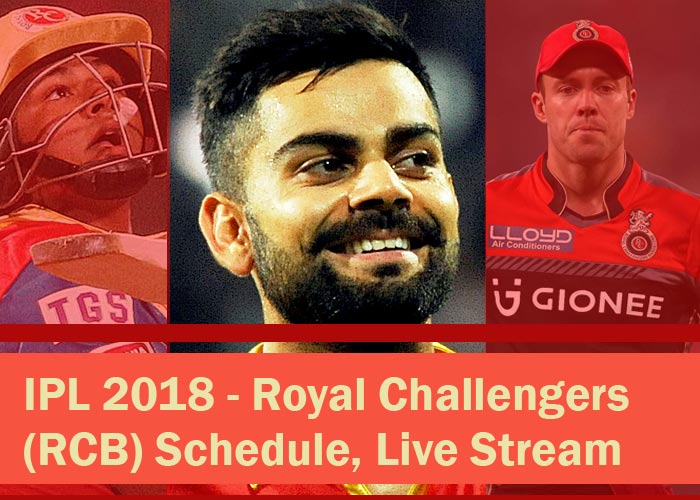 For the next five years, people of India can enjoy the IPL tournament on STAR network. Star India having rights to broadcast IPL 2018 live on Television and also on online, Hotstar.com.