Rising Pune Supergiants vs Gujarat Lions, RPS vs GL Live Score Updates: Today’s (April 29 2016)Match will be held at the MCA International Stadium, Pune for Dhoni’s RPS and Raina’s GL on 08:00 PM IST.  Scroll down to get Full ScoreCard and Highlights of the RPS vs GL match.

Gujarat lions Won the Toss and Chose to Bowl First 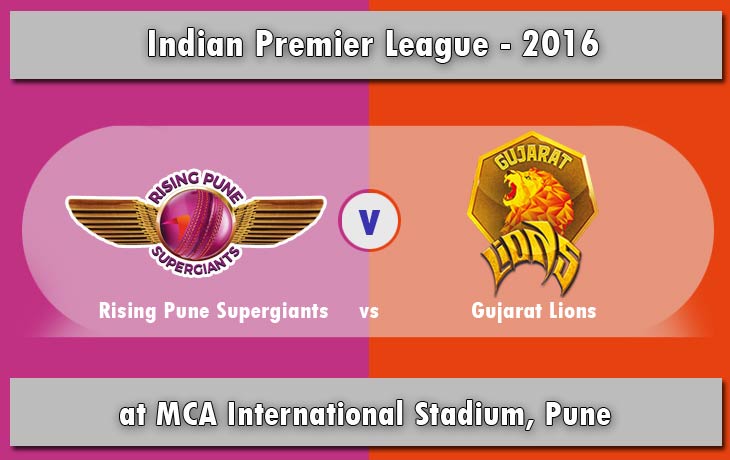 Both of the team met each other on the first week of this IPL 2016 season at Rajkot in the when the Gujarat Lions, chasing 164, RPS lose their Match by seven wickets.

First Kevin Pietersen was walked out from the Matches due to his calf injury, and now Faf du Plessis’ has also went to his Country because of a finger injury.

Faf du Plessis tweets on his twiiter wall about his injury as “And so my Ipl tournament unfortunately comes to and end.Broken finger and out for 6 weeks.Thanx India and @RPSupergiants it’s been fun.??”

The team, RPS lost their Four matches out of Six played and now stands on the sixth position by winning two of the matches including the most recent Rainy Match against with Sunrisers Hyderabad on Tuesday.

Dwayne Smith and Brendon McCullum have opened the innings for the Gujarat Lions and good opening Bowlers as Praveen Kumar, who made their match as Gujarat Lions on last against with Delhi Daredevils on 19th over.

WhatsApp will launch Call Back Button with 2 More New Features