Russia vs Chile Lineups: The second match of the day in the International friendly football is between Russia vs Chile. The game has scheduled at Arena CSKA in Moscow, Russia. Get the Starting XI of both teams along with the goals highlights and final score of the match.

In the last five matches of Russia in various competition, the team had two wins, two losses and a draw. Else in the last twenty games, Russia have eight wins along with the four draws and the losses is matched with the number of winning games.

In the last five matches of Chile, the team had four wins and a loss also the team have 13 wins in its last 20 matches. There was only one draw in last twenty games along with six losses. Recently, Chile lost their games against Argentina in the World Cup Qualifier – CONMEBOL. Check the score of Chile vs Argentina here. 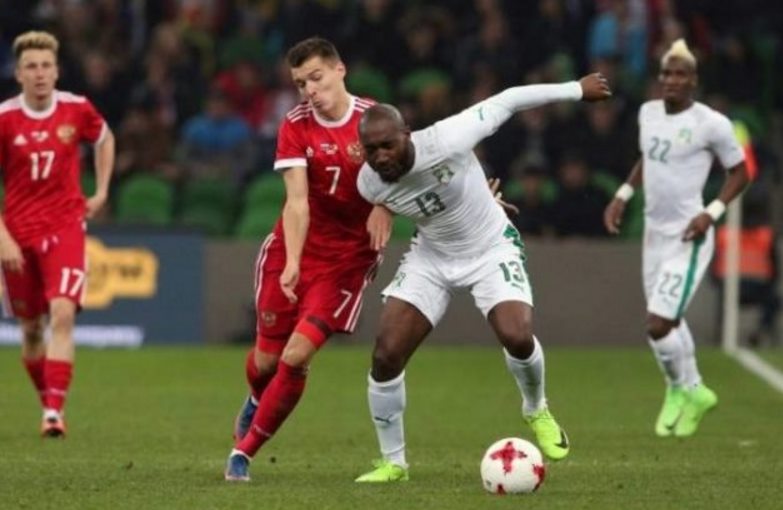 34′ – Pablo Hernández (Chile) is shown the yellow card for a bad foul.

50′ – Denis Glushakov (Russia) is shown the yellow card for a bad foul.

65′ – Gonzalo Jara (Chile) is shown the yellow card for a bad foul.