S3 Song Teaser: The filmmaker has officially announced that the S3 Song teaser release date and time yesterday on November 24 on the official twitter page. As per the schedule, the Wi Wi Wi Wifi Song teaser is not released at 07:00 PM. Due to some technical mistakes, the teaser time has changed to 08:00 PM. Watch the Suriya and Shruthi Haasan duet song promo here below. The Wi Wi Wi Wifi Song teaser video is provided here below. 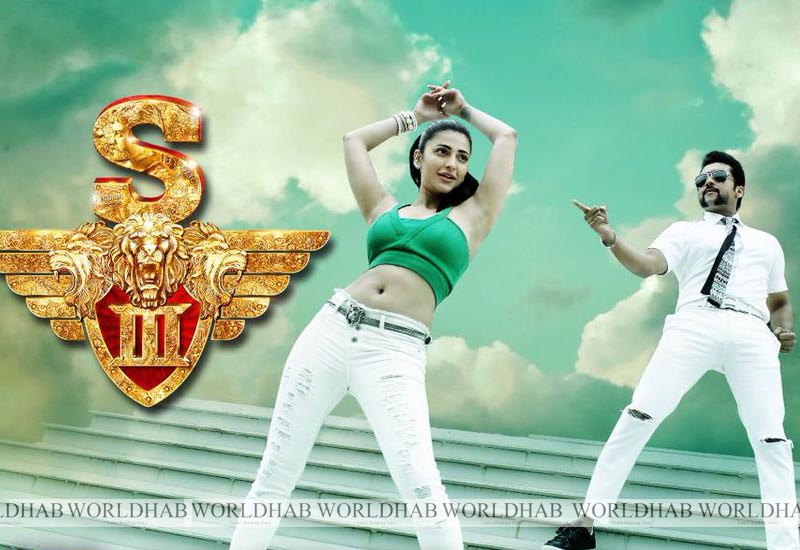 Harris Jayaraj and the director of the S3 film, Hari are the lyrics writer of this song. Karthik, Christopher, and Nikhita Gandhi are shared their voice for this song. The Official YouTube Channel of Eros Now. All other three songs have also penned by director Hari himself. Harris Jayaraj also the part as a lyricist of Wi Wi Wi Wi WiFi song.

O Sone Sone is the first song, which has penned by the Pa. Vijay and MC Vickey and the song has sung by Javed Ali, Priya Subramaniyan, MC Vickey.

Hari’s directional S3 film is producing by the Studio Green KE Gnanavelraja. Anushka Shetty is the heroine from the first venture of film, which is Singam. And then, Hansika in second additional actress on Singam 2. Now, Shruti Haasan is the third join for this new flick. Priyan’s cinematography and VT Vijay and TS Jay’s editing are in the post production.

Now, the lead actor Suriya is busy with Thaana Serndha Kootam. He need to loose his 10 kgs for this upcoming new film. The first day shoot has started with the fun words during shooting on Novmber 18. The Lead actor and the young director has shared their friendly words publicly on Twitter media at the end of first day shoot.