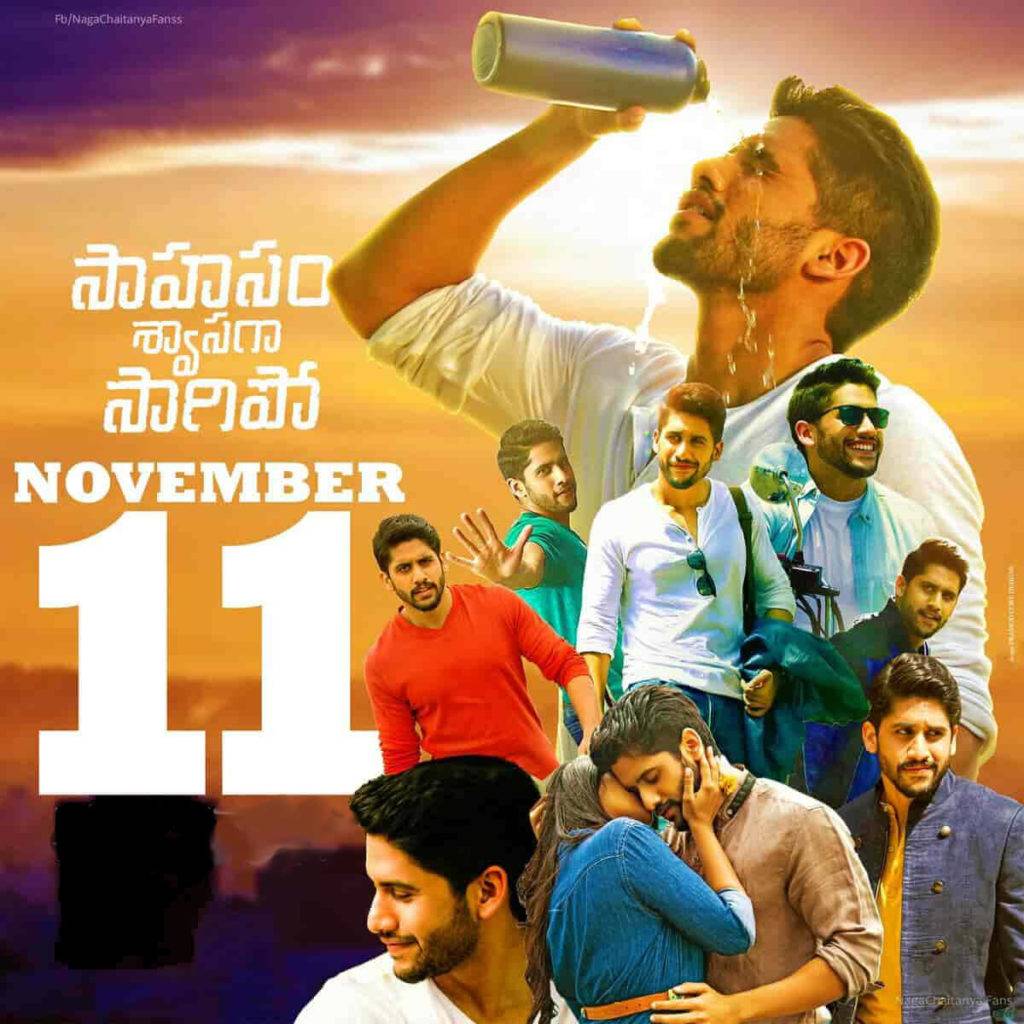 Sahasam Swasaga Sagipo Story Plot: The trailer of Saahasam Swaasaga Saagipo looks extremely promising and assures the viewers to keep them engaged towards the story of the film. Naga Chaitanya’s presence on the screen has always kept up with the expectations of the viewers, with is highly appreciated for his acting. Therefore, Sahasam Swasaga Sagipo will surely leave the viewers in wonder with the delivery of its breathtaking storyline.

People always feels that shade of Gautham Vasudev Menon’s film at one point even they don’t know about the original director of the film. He made it in this film also at various scenes, the reason of this movie title is revealed in the second half of this film. Naga Chaitanya himself says that Gautham Menon is the only director who shows me as an action hero on screen by this film. Manjima Mohan, who debut along with Nivin Pauly in Malayalam film of Oru Vadakkan Selfie.

The film is now remaking in Telugu by using lead actors of the T-town. She was also acted as the child artists in various Malayalam films. Gautham Menon’s home state girl had a chance to work on this bilingual film. She made it safe and got a place in all Tamil and Telugu young boys heart. It is one of the extraordinary things from Gautham Menon’s film, he always disturbing young boys by using his actress. Anthony has edited the Dan Macarthur’s photography without damaging the Gautham’s story.

Miryala Ravinder Redd produced Gautham Meno directional Telugu and Tamil Venture. Dwaraka Creation is also the production banner for the Tamil version of this film. Dan Macarthur has handled the Cinematography of this movie and Antony is the editor. The Oscar winner A. R. Rahman is the music director of this film.

Naga Chaitanya, Manjima Mohan, Baba Sehgal, and Rana Daggubati are the lead cast of this film. The film got UA certificate from the Censor board, and it has the Two hours 30-minutes running time. 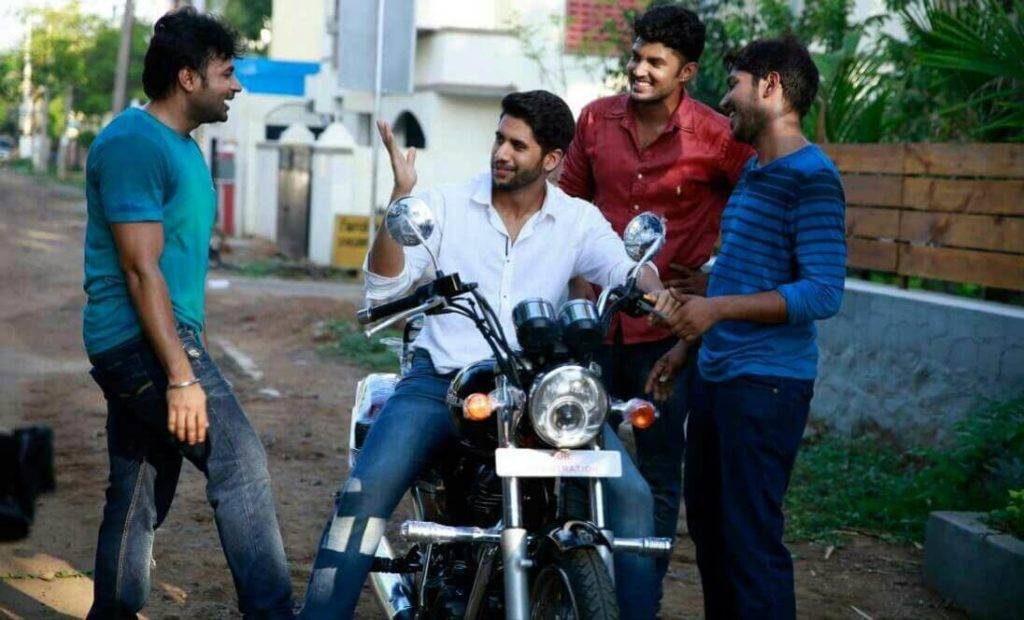 Gautam Menon has driven the movie in a natural way. The story of the movie is kept sweet and straightforward. The movie revolves around the Naga Chaitanya and her college-going sister’s friend Leela. Leela stays at his home to pursue their career in Film direction. One day, Naga plans to go for a bike trip from Vizag – Kanyakumari without informing anyone in the family. Leela, played by Manjima also joins him on the journey. The story drives little slow but with narrations via songs. Songs like Vellipomaake takes your heart with beautiful locations and excellent cinematography. The twist in the movie comes around the interval of the movie. Suddenly, they encounter an incident that gets them into dangerous situations. The second half of the movie is an action thriller.  How Naga handles the situation overcoming his fear is the rest part of the movie, watch the movie at Theatre.

Naga Chaitanya has performed well again in this film under the direction on Gautham Vasudev Menon. He perfectly suits the role of the young lover boy. Manjima Mohan as Leela has given an electrifying performance in her debut role in the movie. Both Actors have performed well to deliver a masterpiece under the hands of Gautham Menon.

Music of the film is composed by Academy Award winner Music Director A R Rahman. All songs of the movie is already a superhit and topping the charts already. ‘Vellipomaakey’ and ‘Shokilla’ song are the most favorite songs now while the music lovers still love others songs. The music suits perfectly with the plot of the movie. 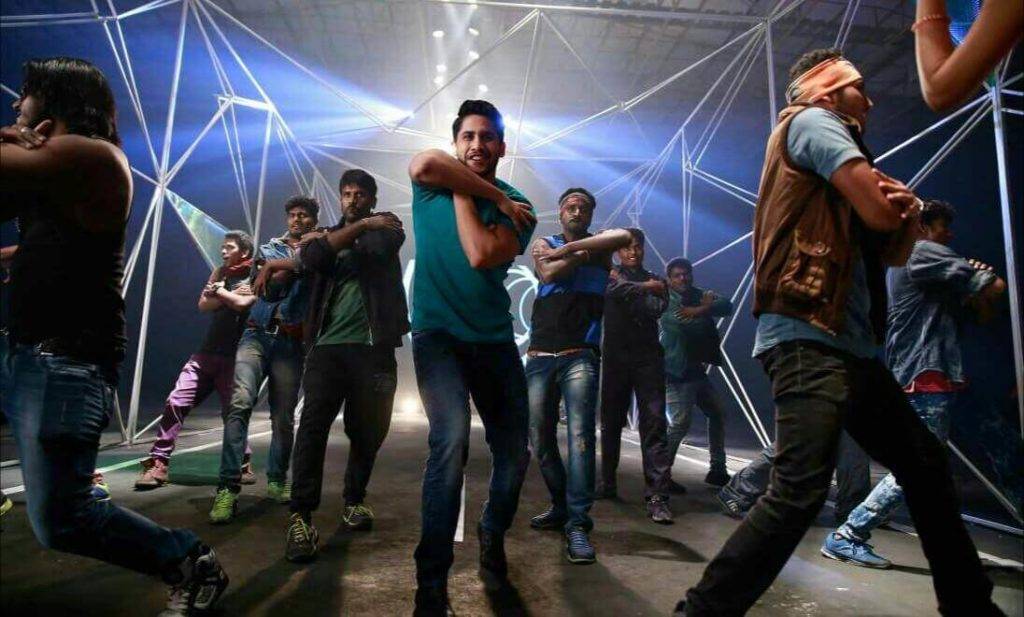 Gautham Menon directed movie is a must watch for everyone. Naga Chaitanya and Manjima Mohan have performed pretty well in the film, and our rating for this film is four stars.

The Slap: Slow Naration, slow pace of the movie.

Saahasam Swaasaga Saagipo is a good movie with a fantastic plot. The music of the film is fantastic and supports the spot perfectly.