The Leading e-commerce website of India announced the exclusion of the day by launching Samsung Galaxy On Nxt Smartphone today on October 20. The Samsung Mobile India has released the promo video of Samsung Galaxy On Nxt on its YouTube channel on two days before without release date. But, the Twitter post and Flipkart banner revealed that the much awaited Samsung Galaxy series smartphone date as Today on Flipkart.

Samsung Galaxy On Nxt is Available on Flipkart 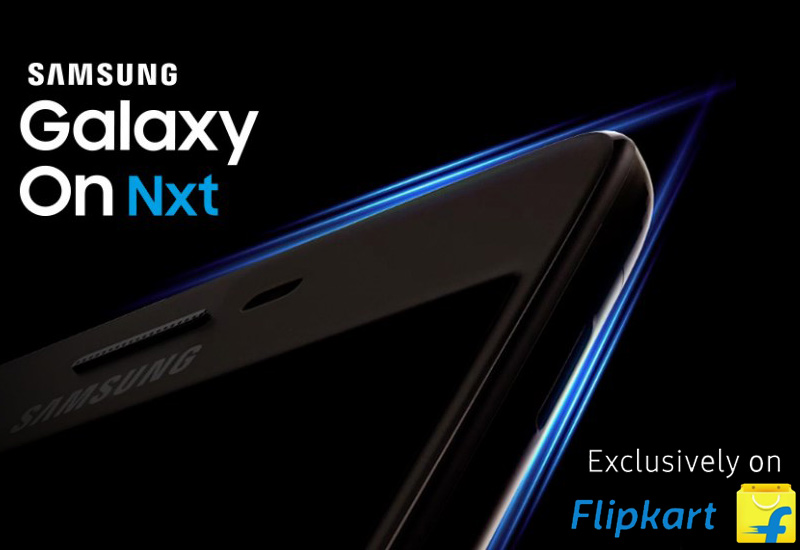 The new and latest smartphone had a package of 3GB of RAM with internal storage of 32GB. The rear camera had the power of the good sensor as well as the front facing camera. Let look the detailed Samsung Galaxy On Nxt specification, Price, and Features here below.

The Samsung Galaxy On Nxt has launched in China last month and the Galaxy On7 series had the price tag of 1599 CNY (approx. $237). So, this latest smartphone will available in this same price tag or more than this price because this smartphone had the same specifications with slit modifications. In India, it may be available under the price label of nearly Rs. 20,000. Check Honor 8 Specifications, Price and Features.

According to the Samsung Galaxy On Nxt Promo video, this new Galaxy smartphone has designed with the power of the octa-core processor. Also, it has made with the full metallic unibody with the rear shooter LED flashlight. The release date of Galaxy On Nxt is less than the month of Galaxy On8. Just entire the email for the notification and get the complete details about this new smartphone.

The official Samsung Mobile India twitter page had two promo videos of this new smartphone. We need to wait for the full specifications until 8PM today on October 20.

Stay tuned with WORLDHAB for More updates about the new Smartphone launches in this World.