The San Antonio Spurs have won eight matches in last ten. And, the opponent team New Orleans Pelicans have won five out of last ten games. In that, San Antonio Spurs had their five-game winning streak, the Spurs have won five consecutive matches in a row. So, it is the second best team in the Western Conference at present. Lastly, the team beat the Indiana Pacers 100-99 on Wednesday night. Kawhi Leonard had 31 points and ten rebounds as highest for Spurs against Pacers.

The New Orleans Pelicans had their three consecutive losses before the recent win over Detroit Pistons 109-86 on Wednesday night. Anthony Davis had 33 points and 14 rebounds are the highest individual score against Pistons.

According to the Injuries report, the San Antonio Spurs will play this match without any injuries and absence. But, New Orleans Pelicans had two injuries, Omer Asik (C), and Jarrett Jack (PG) are out from this game. 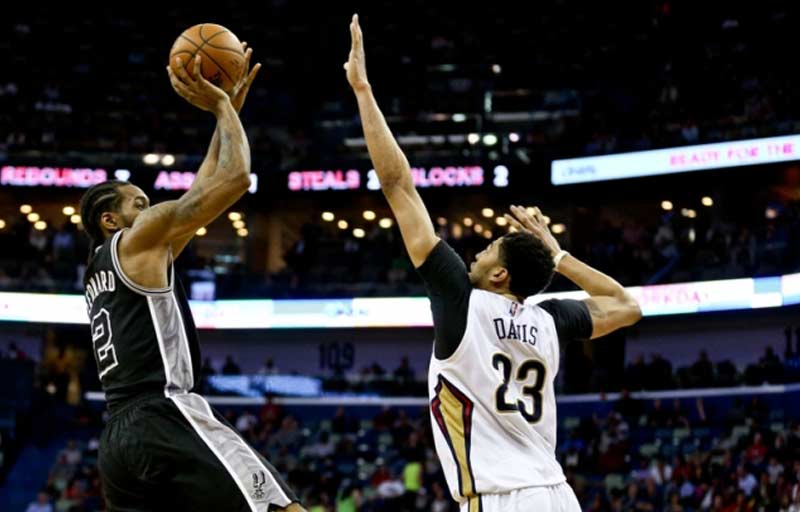 Online: Fans and the people of San Antonio Spurs and New Orleans Pelicans can watch this match as free online live streaming by using the 2 days Trail by NBA. Use the promotion code of 2DAYTRIAL to watch Regular Season + Playoffs Subscription. After this, get NBA league pass to watch games.

The Next match of San Antonio Spurs is scheduled on March 4 against Wolves as the Home game. The New Orleans Pelicans will ready to play their next game as the Away against Lakers on March 5 at 08:30 pm CT.