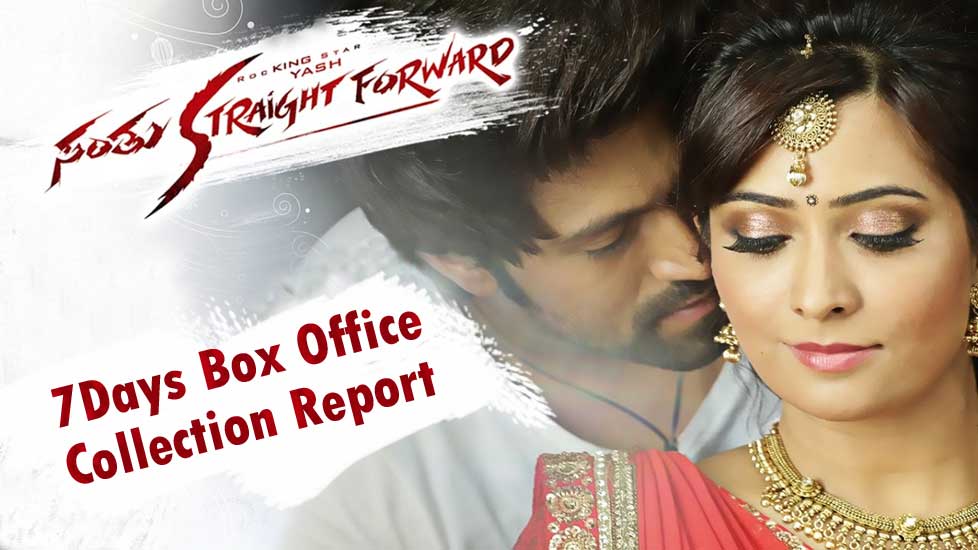 According to the sources, the film earned Rs. 13.5 crore with the net income of Rs. 10.8 crore in the first week (7 days). The film collected these bucks along with the huge competition. The producer of the movie ‘K Manju’ revealed the First week Santhu Straight Forward Box Office Collection to the leading News reporter of India.

Also, the producer has shared his expression about the success of the Rocking Star Yash starrer Kannada film. The film also running successfully on outside of Karnataka. However, the film has faced the own language movie on its release. Mukunda Murari has released on that same day of Diwali release. Though, the film crossed the box office collection as high when to compare with its competitive films. Due to the story plot and the lead actor performance, the film is performing well in the box office collection over the state.

K Manju has also shared few more words with the reporter as the film also going well in all the centers and the box office is filling due to the positive response from the audience. Even, some of the media have pushed down about the film, it grossed well box office till now.

The Trade experts also express their words regarding the Yash’s Santhu Straight Forward Box office collection. Due to the huge line-up’s during the festival of Diwali from Hindi, Tamil, Malayalam, the Santhu Straight Forward has also shared the screen count as equally. If the film released as a single in any normal days, it may hit massive box office collection. Even though, the film had some good box office report as of now. The film is entering the second week from today, if there is not any big releases in this week in Karnataka mean, the film may be earned few more bucks.