After the Trailer release and it’s success response, the maker announced the release date of the film by releasing with a new poster of Saravanan Irukka Bayamaen on March 30, Thursday. The film will be released on May 12, 2017. In this movie, the lead actor Udhayanidhi Stalin performed as Saravanan and the lead female Regina Cassandra as Thenmozhi. Also, the Ezhil directional film contains another lead female artist. She is Srushti Dange. She had a romantic duet with Udhay. 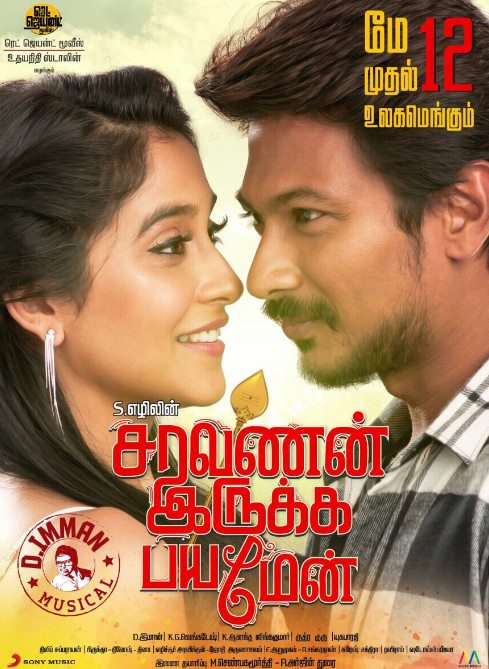 The film began production during July 2016. Stay tuned for more latest updates of Kollywood and Entertainment.