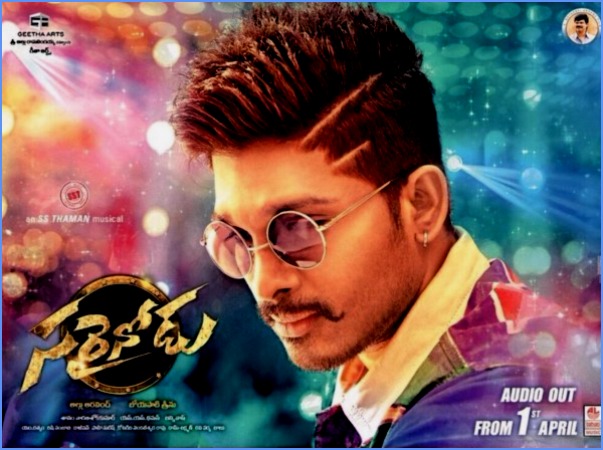 The Fans in and around Tollywood expect this movie on Theaters as soon. The team already released the Songs Video with Lyrics and getting the Good response over the audience. Lahari Music owned the music rights of superstar Allu Arjun’s Sarrainodu. The Actor was already going on the way of success track in his recent films. So, this movie is also waiting to join the row of Blockbuster Hit.

The movie was directed by the most famous person in Tollywood, Boyapati Seenu. And the music was composed by Thaman Shivakumar, who already worked with Allu Arjun for the Blockbuster Movie, Race Gurram.

The Sarrainodu Audio Track list consists of Six MP3 Albums. The Song “BLOCKBUSTER” already released in Official YouTube Channel by the hero of this film.