The South Indian Telugu Film, Sarrainodu Movie Review, Rating, Audience Response: The Stylish Star of Tollywood, Allu Arjun acted as a lead male role in this film and combine with the two female lead actress named Rakul Preet Singh and Catherine Tresa. Sarrainodu movie was directed by the successful film director of Simha and Legend. He is only one Boyapati Srinu. Apart from Tollywood fans, the man, Allu Arjun has a fame outside the Telugu language also such as Tamil Nadu, Kerala, and Bollywood too. So, the most expected Tollywood movie of 2016 from Allu Arjun has been released and trending over the world with the name of another good entertainment masala film. Scroll Below to Gets the Allu Arjun’s Sarrainodu Movie Review. 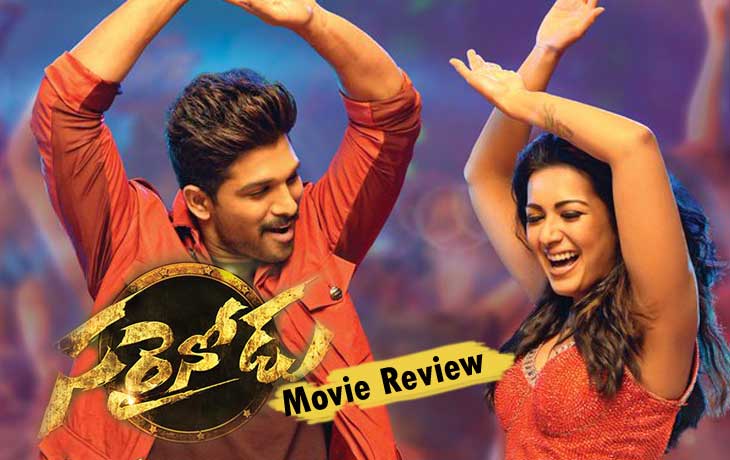 Already the Satellite Rights of Sarrainodu have been acquired for the Cost of Rs.16 Crore for the Telugu, Malayalam, and Hindi by the leading Channel. It is the Highest price for the stylish actor, Allu Arjun’s Movie forever. Some of the Premier Shows are released in oversea on Thursday.

From the Trailer and Songs itself, we get the theme plot of this Movie as a Fully Masala Entertainer of 2016 Tollywood. Allu Arjun acts as a character of Gana. Preeti and Divya are made the female pair for Allu Arjun. His energetic dialogue delivery and fights will make you watch the film for the second time. Especially dance from the Allu Arjun makes a different angle of this Movie. Comment bellow about your opinion of this movie.

First Half of the Movie looks as an Above Average with the slightly differ from Allu Arjun’s body language and Performance. Aadhi characterization performed as good on the screen.

Second Half of the Story dragged with more action scenes. Especially on last 30 minutes mixed with the sentimental and Allu Arjun’s Overdosed actions.

Stay Tuned for More Updates about the Audience Responce as an Sarrainodu Movie Review.