Sasikala Memes – Breaking News Update: AIADMK general secretary V.K Sasikala convicted in the DA case yesterday and surrendered to the Bangalore Court today. Before moving to the Banglore, she visited Jayalalithaa’s tomb and M.G.R’s home. Sasikala tapped on Jaya’s tomb thrice, but meme creators on the Facebook and Twitter targeted to troll today after seeing her action today. Even some thanked Sasikala for giving them templates to match with various concepts.

These trolls of Sasikala are just for fun and move on after some laugh. According to the latest update on ADMK issues, Sasikala will be in Jail today evening and MLA’s from the Golden Bay Resorts has been asked to get out of the resorts by the Police. Even after the owner of the resorts asked the MLA’s to move out, they refused. Police warned them to get out of the resorts by today evening. Sasikala Convict DA Case by Supreme Court and the Golden Bay Resorts MLA’s became a turning point in Tamilnadu Politics yesterday.

Here are some of the memes and trolls of Sasikala after she leaves for Bangalore. 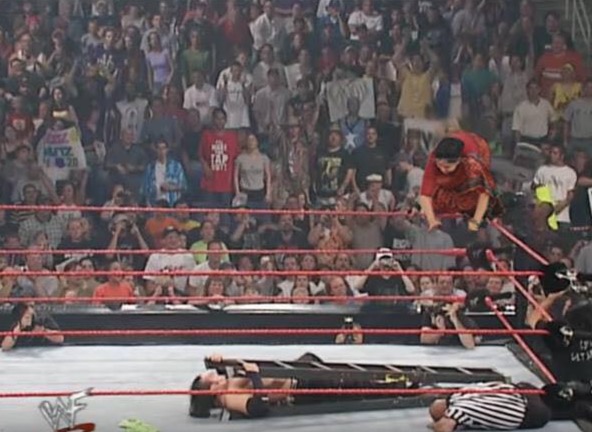 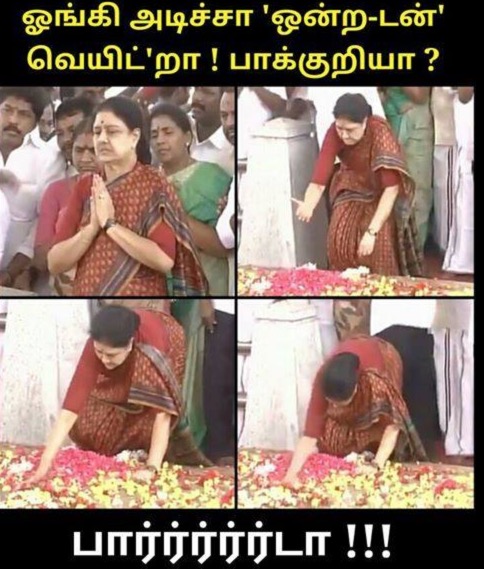 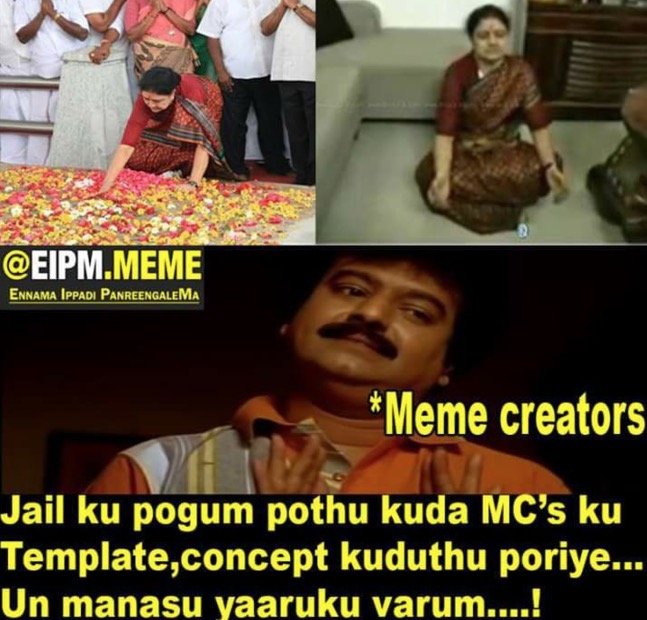 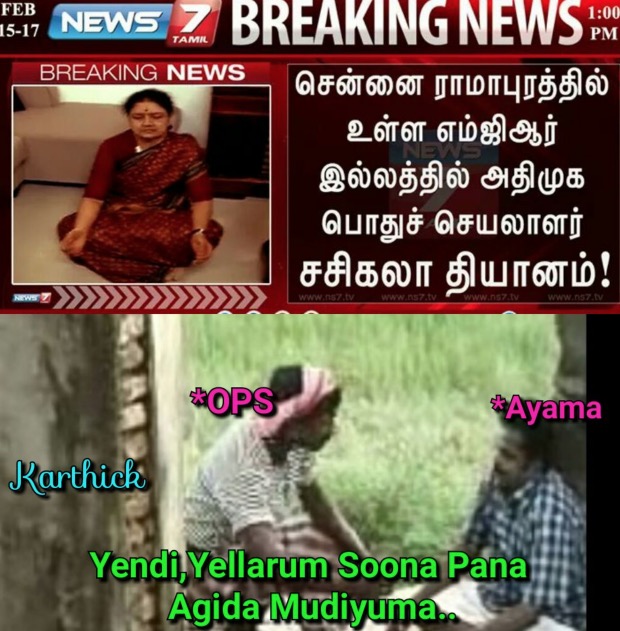 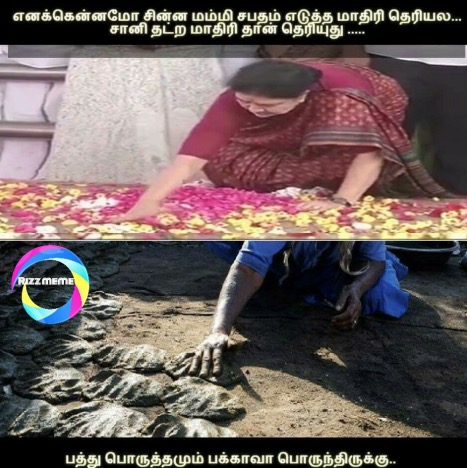 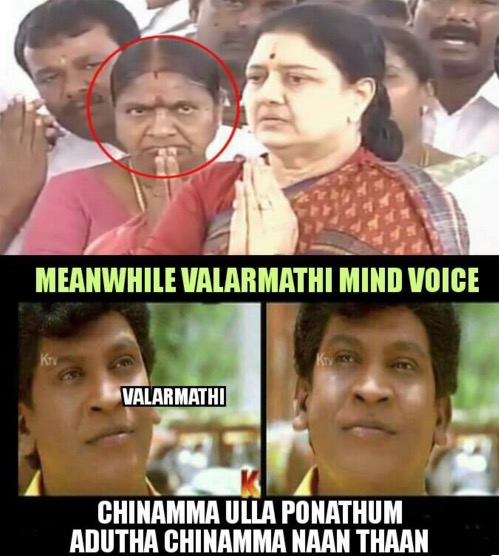 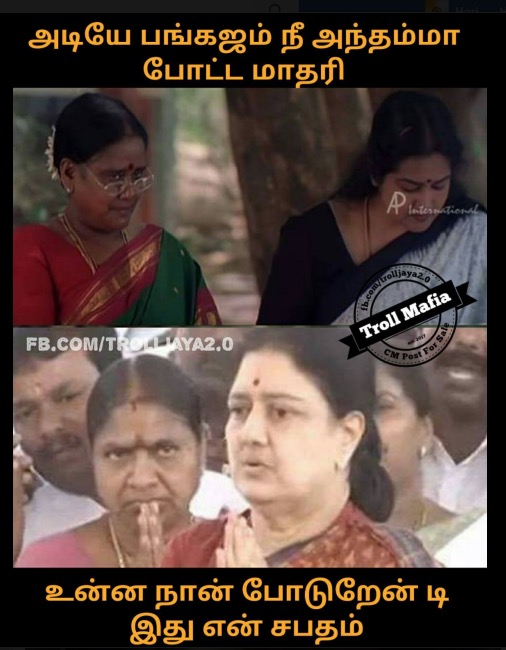 What is the common thing between #Sasikala and students who are joining 1st yr at #Sairam/#Panimalar engg college?

After giving farewell treat to all… Sasikala leaves the resort 😑

Sasikala always used to wear watches that matched her dress. Hope she has a white color watch. She'll be needing it soon

Mother of all memes! #Sasikala pic.twitter.com/q8t8xRF6dG

Credits to corresponding FB pages and Twitter pages who developed the concept on Sasikala’s convict issue. If you enjoyed these Sasikala memes and trolls, share with your friends, they may have some laugh 😀