Scotland vs Zimbabwe, the fifth Qualifier match of ICC World T20 2016 will be started at 15:00 IST (09:30 GMT) at Vidharba Cricket Association Stadium, Nagpur, India. Scotland lost their last World T20 2016 against with Afghanistan by 14 runs. Zimbabwe has already won their first victory in this first match of this tournament by 14 runs against with Hong Kong.

Update: Zimbabwe won the toss and elect to bat

Man of the Match: Wellington Masakadza 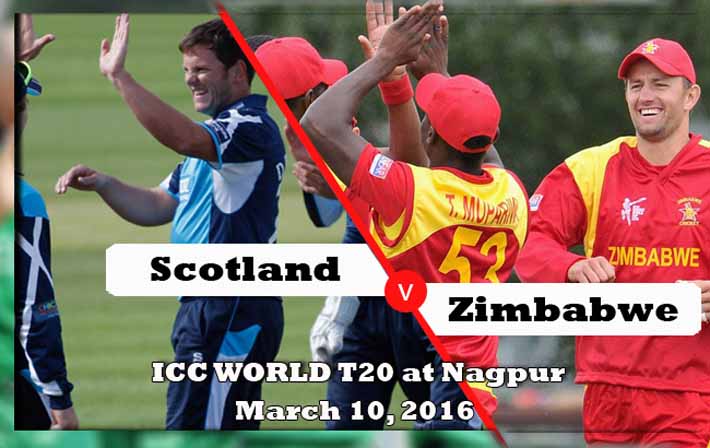 The team, Scotland need their first victory in this match. This team already played their game against with Afghanistan and struggled to manage the opponents attack.

Read about Afghanistan vs Scotland

Zimbabwe needs to add the spinners to improve the bowling strength for their safety. The team going to face the biggest team, Afghanistan in their group on the upcoming matches. So, the team tried to catch the victory in this match.