Sealdah to Ajmer going Train Sealdah-Ajmer Express derailed today morning. The incident took place near Kanpur, Uttar Pradesh. About 14 compartments of Sealdah-Ajmer Express train went down from the railway track near Rura area of Kanpur. In the recent times, the number of train incidents is increased because of which, the train derailment has to be taken as a serious issue. The primary person of contact should be the linemen and should be punished for the irresponsible work.

Northen Railways, Kanpur Rail division officially said, “The 14 wagons of the Sealdah-Ajmer Express train 12988 derailed in the wee hours.” Many passengers, including train guard, have been injured in the incident. ANI posted the pictures from the accident position in the Twitter official account as a tweet.

However, as per our sources, the number of coaches could be between 11 to 14 coaches. More than 40 people have been injured due to Sealdah-Ajmer Express derailment. Rescue and relief operations have arrived at the spot near Kanpur. The incident took around 5:30 in the morning around 50 KM from the Kanpur City. 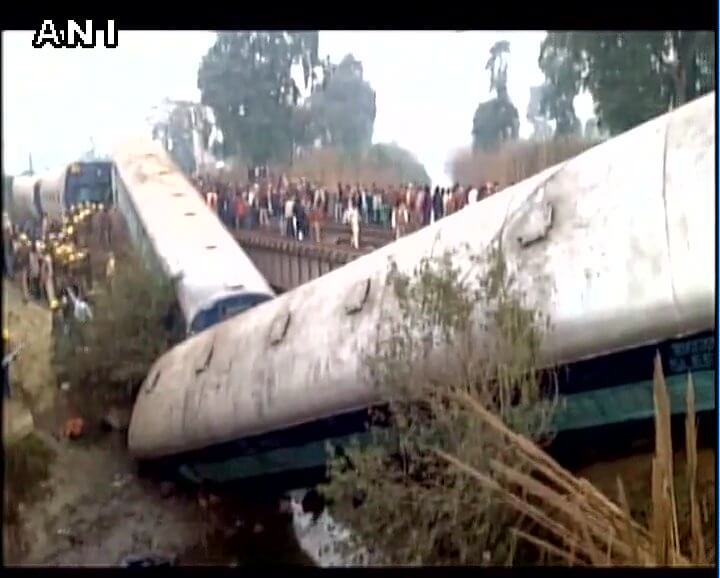 Some of the Compartments were fell into the local canals, but they are safe as there was no water inside it. Senior Officials are asked to reach the Incident spot by the Railways.