Shahrukh Khan’s Ahmaq: It is good news for all SRK fans those who all are living near at Mumbai. The present Bollywood grand star’s Television show will screen on Big Screen in the Jio MAMI 18th Mumbai Film Festival. All the cinema fans in India has already known about Shahrukh Khan’s beginning screen presence. He has appeared in various TV serials and shows as Fauji and Circus in early days. From that, one of the uncut mini-series ‘Ahmaq‘ to be screened at the Mumbai Film Fest 2016. The film festival will begin from October 20 to October 27 at various venues like Phoenix Lower Parel, Regal: Colaba, PVR: Citimall Andheri, PVR: Market City Kurla, PVR: Mulund (W), Le Reve(Globus): Bandra, PVR: Infiniti Andheri. 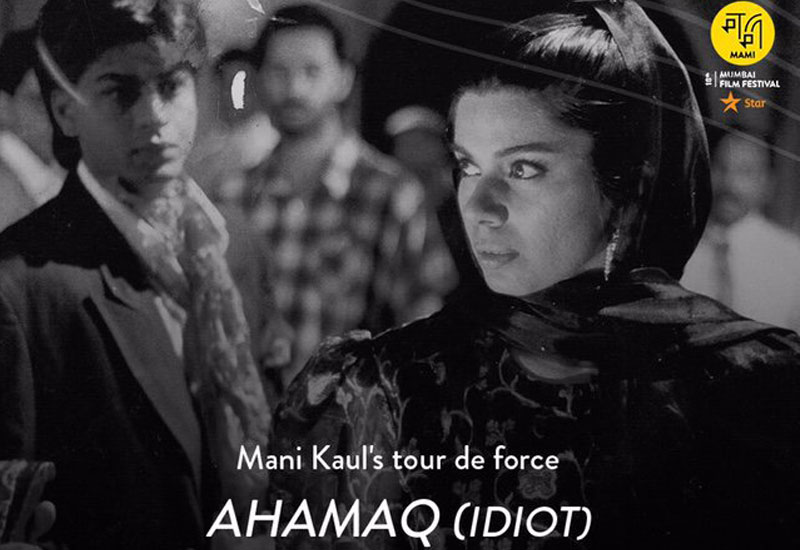 Shahrukh Khan itself tweeted about this news on his twitter wall as “‘Ahmaq’ being screened @Mumbaifilmfest so please register with http://www.bookmyshow.com/MAMI my first foray into cinema.” This mini-series is the adaptation of Fyodor Dostoevsky‘s novel “The Idiot.” Most of the current Cinema artists were always maintains their relationship along with fans. SRK is the first one who daily twitting something about his daily life, jokes and his present projects and upcoming projects.

Before this tweet, he clarified about the image which has posted yesterday. He has tweeted about the Imtiaz Ali’s film ‘The Ring‘ along with the image and the word as “First Look.” So, most of his fans were enjoyed with his post. But, he clarified about the image on his next tweet as it is not an official First Look of the film “The Ring.” Also, he replied to his fans questions recently by using the hashtag of #AskSRK. Harsh Soni asked to SRK about his present smartphone model and he revealed as he is using iPhone 7 smartphone. Also, he shared about the tattoos and he greeted the Ranbir Kapoor as the tremendous actor. He answered to some questions in a way of joke.

Those who all waiting to see the Badshah of B-town on Big screen Now in this month. Go and register on Bookmyshow to watch SRK’s Ahmaq on the Big screen.