Sharwanand Radha Movie: Telugu cinema lovers are getting the list of Movie release after the Big Baahubali. In that, Sharwanand’s Radha is one of the films will release on May 12, Friday. The young Tollywood actor Sharwanand had enlarged his fans circle by his last film ‘Shatamanam Bhavati.’ His next film is the mixture of Comedy and romantic entertainment, Radha. The maker announced the film release date, before the confirmation of Censor report. Though, they declared the censor update just a few days before on the release date.

The Sharwanand Radha cleared with the censor board and they announced that film can able to watch all audience. After the Censor formalities, the maker announced that the film received ‘U’ certificate.

The maker, SVCC twitter handle has tweeted that “Radha is certified with clean U certificate. Wholesome family entertainer arrives in 4 days. Book your tickets now! Radha On May 12th.” (The above Tweet is not actual). 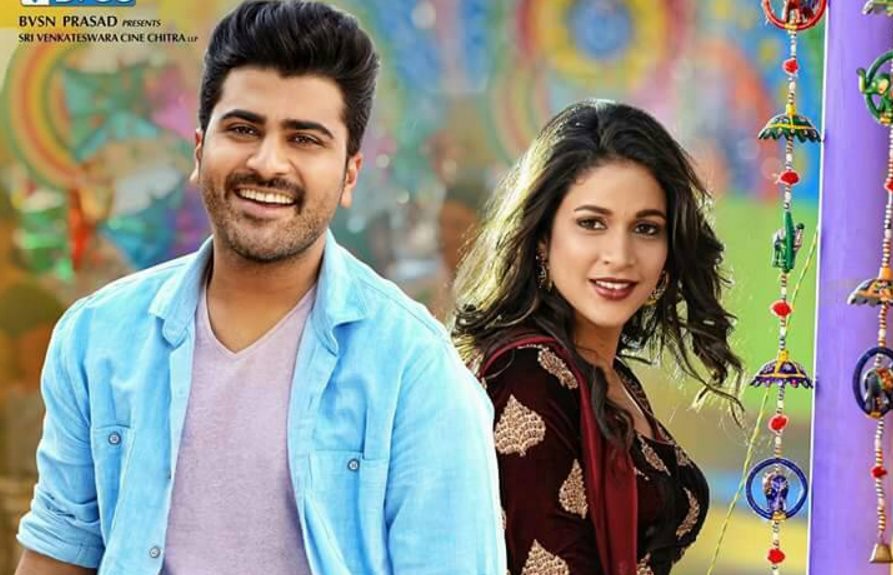 Chandra Mohan directional Radha has produced by the Bhogavalli Baapineedu under the Sri Venkateswara Cine Chitra production house banner. Sharwanand is the lead male and the Actress, Lavanya Tripathi is the female lead of the film. Andala Rakshasi fame Radhan is the music composer of this family entertainer.

Lavanya Tripathi has the character who had the love interest over the lead Sharwanand, a cop in this film. The Sharwanand Radha Trailer has released recently and showcased the colourful comedy entertainment. Also, the latest Radha Songs are also welcomed by all the audience and reviewed well to all songs and especially Trailer. The Comedy romantic Family entertain, Radha will hit the theatres worldwide on May 12th, 2017.