Shivaay Trailer, Sep 3: The Ajay Devgn is the story writer of this film, Shivaay. Also, he is the Producer, director, and Lead actor. He released his Shivaay Trailer on his YouTube Channel on August 7, 2016. Now, the Shivaay Trailer crosses the more than 300,000 Likes Today on September 3, 2016. The fans of Shivaay and Ajay Devgn started tweeting about this on Twitter. 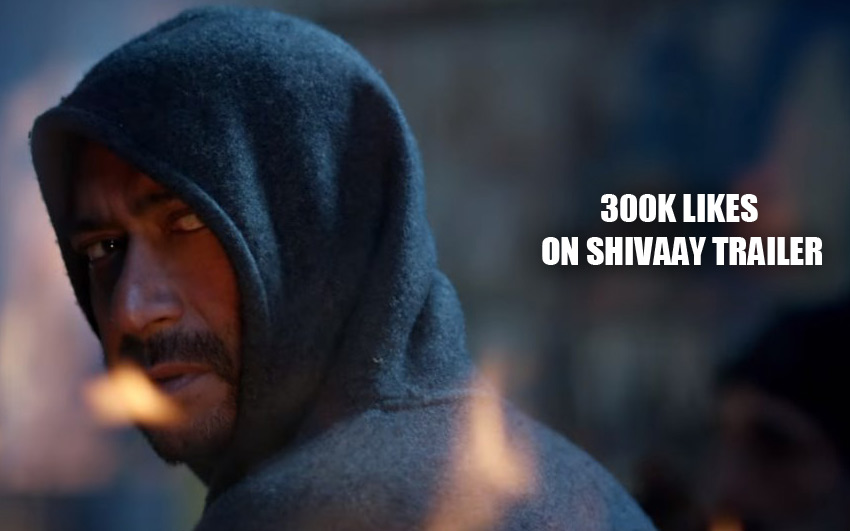 The words “300K LIKES ON SHIVAAY TRAILER” stand on the top of the Twitter trending in India. Here, we provided some trending tweets about this. The movie will hit the screen from the Diwali 2016. The entire film has been shoot on foreign lands as a Hollywood. Also, Ajay didn’t forget the Indian culture and more. He included various facts about the Indian culture in his film.

Akshay Kumar’s Sangharsh Movie also Trending on Twitter for its 17 years. It is trending as “17Years Of SANGHARSH.” 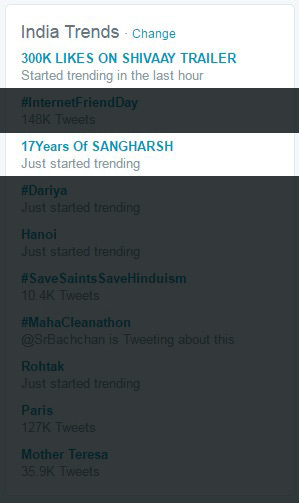 dilwale_shahrukh ‏@dilwala_SRK: soon it will b a 300cr film. @karanjohar just wait & watch how SHIVAAY is goin to destroy ur career

Jagadiswar Mohapatra ‏@beingJagadiswar: Ajay Devgn is not a person who will say politically correct thing, he will say the truth nd truth will prevail

akash aj shivaay ‏@akash481322: The strike of this innocent being is lethal. call out loud Har Har Har. @TeamAjayDevgn