Thanks largely to the digital threads of the internet, weaving together a more united tapestry of trade– a decentralized economy is on the horizon, and cryptocurrencies like bitcoin will be there to fund it.

Consider how simple it is to purchase an item from China– or surely for a Chinese citizen to purchase something from the US. Or how simple it has become to discuss goods worth trading with someone you have never met, from a country you’ve barely heard of. The idea of a truly global economy and society was something that just 50 years ago was almost entirely unheard of– requiring so many go-betweens and middlemen that doing business with a small retailer in another country wasn’t just cost prohibitive, but unrealistic, from start to finish.

But as technology continues to bring us closer together, we as societies begin to not only build and envision, but to require better payment solutions. Ones that no longer rest their functionality on a network of individuals, but instead a solar system of data– connecting each of us directly to one another. As global communication becomes seamless, so too should economic endeavors. Cryptocurrencies represent this streamlined economic pipeline, integrating democratized exchange platforms like Bitvavo.com into the lives of the everyday individual. 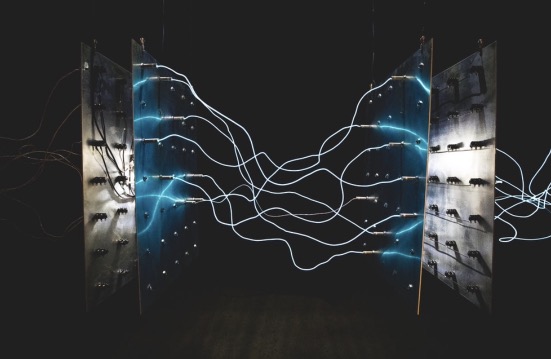 Digital Trends with FinTech and DeFi

If you care to take even a casual glance at the direction that finance is being taken– away from cash, away from checks and other forms of analogue payment systems– it’s simple to see that the world itself is now relying on digital forms of currency more than ever. To the point where even plastics are taking a backseat to wireless payment systems.

Using devices like our mobile phones or merely tapping our cards, where we once were expected to insert or swipe; this digital distancing has become all but the norm throughout most of the modern world. With financial tech and decentralized finance systems investing an untold amount of time and money into creating a paradigm shifting movement away from the world of currency as most of us understand it.

What was once relegated to the deepest realms of internet geekery– suitable only for coders and software developers– has now become a norm that sees most legacy financiers and institutional investors clamouring at the doors of the cryptocurrency and DeFi markets. Familiar names like Visa, MasterCard, and JP Morgan all diving in to ensure that they too have a space at the digital table. Even governmental entities have begun to push for recognition of the usefulness of crypto technologies– creating their own digital tokens backed by reserves and resources, or shuffling forward favorable legislation regarding the use of distributed ledger services.

Which should reassure anyone who is paying attention that we are indeed staring down into an abyss, perched perilously on the precipice of change. There is a digital revolution coming, whether or not we are prepared for it. Luckily, a massive part of this revolution is also democratization. Making it simple for nearly all people on this globe to get involved.

Cryptocurrencies may not have started this trend single handedly, but they are surely propelling the technology and use cases necessary in order to achieve it. Allowing consumers to see in real time, just how easy and inexpensive it is to engage with this new futuristic view of payment disruption. Moreover, cryptocurrencies such as ethereum and its network support of decentralized financial applications allows new investors to find comfort in familiar infrastructure.

While most flock to bitcoin based on its inherent store of value, they seldom seem to realize that this particular currency was based off of a disillusion with legacy monetary systems. Satoshi Nakamoto, the coins anonymous founder, was known for hiding small missives in both the white paper and the genesis black, condemning centralized banking institutions. So while the coin has become the nest egg of many a Wall Street portfolio, the digital currency was designed to be just that– a democratized and stateless form of payment system that wouldn’t fall prey to manipulative practices.

But these are just two examples of how cryptocurrencies at large are serving as the bridge between legacy finance and what should surely become the future of all payment systems. There are several others that also present stopgap solutions for the future of a truly globalized marketplace and tightly knitted economy.

The Value of Statelessness

While the idea of statelessness has long been villainized, living in a world that is so closely tethered through the ever-evolving technologies– it is now something that begs to be realized. With a thriving global economy and borderless trade evident as being the way forward, creating portals for payment, supply, and delivery– forgoing gatekeepers and associated fees, could well represent a healthier global economy in the future.

Without the economic bottlenecks that are created via retailers and conglomerates. Creating a paradigm in which it’s not unheard of to buy direct from distributors and creators. And giving both the currency and the platform to do it. Many of the modern-day economic problems are largely facilitated by the difficulty of transacting fiat, and the need for multiple institutions in order to move funds from one economic area to the next. Bringing with it a slew of fees that bite viciously into profit margins.

Removing the requirement for these institutions means also removing the blockades that they present, instead siphoning funding to producers and consumers in a more direct– and less diminutive– route. A payment system that is truly frictionless, to create a global economy that is much of the same.

Basics to Know About Liposuction Complications that Account for Medical Malpractice