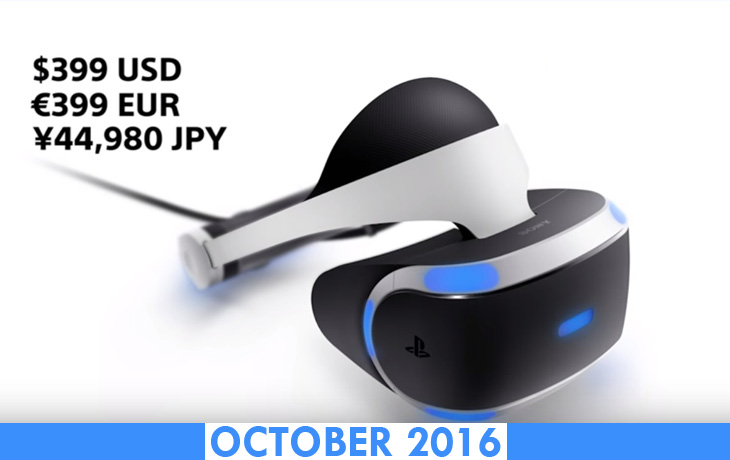 The famous PlayStation company joined as a competitor with HTC Vive and Oculus Rift. HTC Vive already proceeds with their product promotions from three weeks before, Febrarury 29. The PlayStation VR price was announced as $399 in the US, and it will hit the stores in October 2016. The same PlayStation VR will be the sale under the cost of  GBR 349 in the UK, 399 Euro in Europe and 44,980 Yen in Japan. Along with the price and release date, the company lighted some specification of this product which contains 5.7-inch screen size with OLED display, the resolution of PlayStation VR is 1080p or 960px by 1080px per eye. The latency of this VR would be less than 18 milliseconds, it the time movement with the controller and headset.

Were the company announce the exact launch date for PlayStation VR? Nope, But they assured to initiate the product all over the world on the month, October 2016. The cost of PlayStation VR is somewhat equal to the PlayStation 4, so the whole system is charged at $800, was it is the price of HTC Vive headset alone. In India, it may be priced at 40,000 INR and also expect the release month as same in Europe. Because the country, India comes to the European territories for Sony.

Read about Cheapest Android Phone in the World

Following are the configuration of most awaited Sony Playstation VR,

Andrew House, the President and Group CEO of Sony Computer Entertainment said, “We believe PlayStation VR is best poised to deliver VR to the mainstream.”