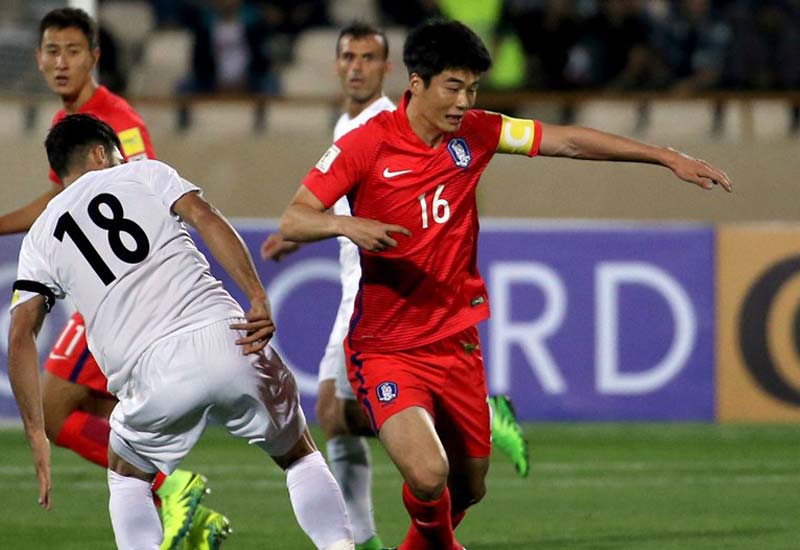 Both Football teams have five meetings each other here before in the AFC Asian Cup and World Cup Qualifying – AFC, and International Friendly match. The Korea Republic (South Korea) has won their four games against Uzbekistan of the last five matches. Uzbekistan has not won their match against South Korea in the all their previous competitions. One of the remaining Match has ended with the final score of 2-2 in the 11th September 2012.

Last Five Matches of the South Korea and Uzbekistan

South Korea has won three games in his most recent five matches when to compare with the Uzbekistan’s four wins out of last five play.

South Korea has met the Canada recently in the Internationa Friendly Football match at Cheonan Stadium. The South Korea defeats the Canada by scoring two goals by using Kim Bo-Kyung’s 10th minute and Lee Jeonghyeop’s 25th minute on November 11, 2016. In this World Cup qualifier, the team won their two games against Qatar and Chine by the same result of 3-2. Other two football matches out of last five have ended with the final results of draw and Loss against Syria and Iran respectively.

Uzbekistan has won their Four games out of last five football meetings against various teams in World Cup Qualifying – AFC and the recent International Friendly match. The team has defeated by the Iran on October 6th on the qualifier match. The most recent game against Jordan has won by Uzbekistan because of the Igor Sergeev’s 45th-minute goal. As like this, the team other three wins against China, Qatar, and Syria.