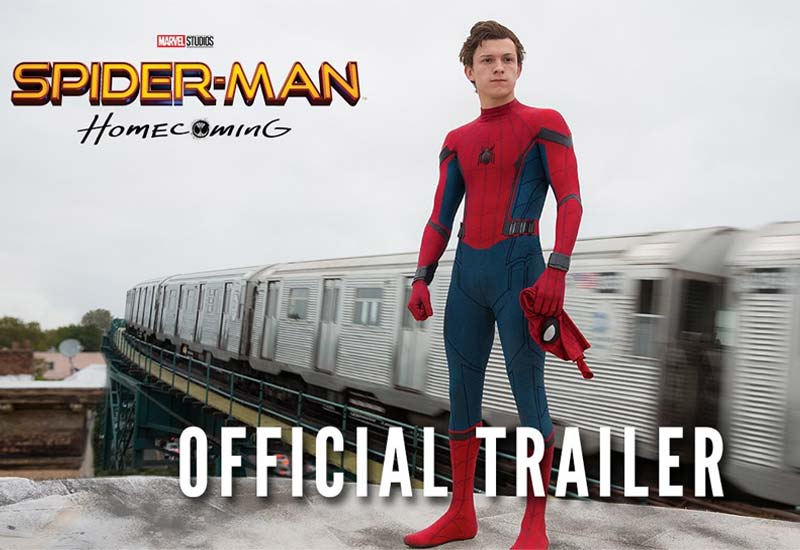 The Spider-Man Homecoming first trailer shown as the Spider-Man as he interrupts a bank robbery, perches on tall buildings, and takes life advice from Tony Stark. We also get a glimpse of Jon Favreau as Tony Stark’s body man Happy Hogan and of Michael Keaton as Adrian Toomes / Vulture.

Homecoming brings Peter Parker back to his high school misfit roots, but with a few wrinkles and mysteries, including what role Zendaya, Parker’s rumored love interest, will be playing in the film. – VOX.com

The Spider-Man: Homecoming Cast is following: